1 in 4 homeowners say rising mortgage rates could push them to sell: Survey 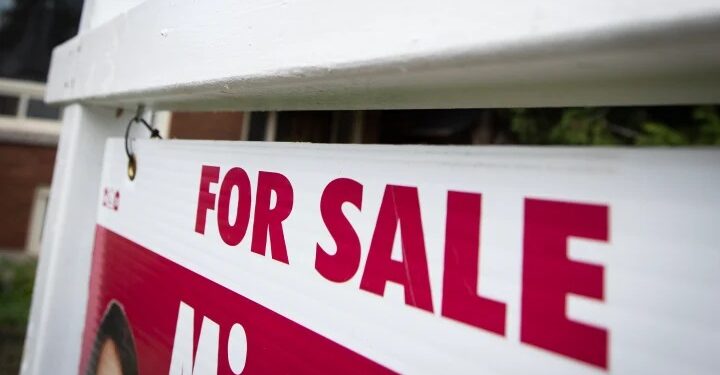 Rising interest rates are pushing more homeowners to a place where they can no longer afford their mortgage payments, according to a new debt survey from Manulife Bank of Canada.

According to global news.com, the online survey, conducted between April 14 and April 20, found that 18 percent of homeowners polled are already at a stage where they can’t afford their homes.

Nearly one in four homeowners said they will have to sell their homes if interest rates go up further. The Bank of Canada’s overnight rate indeed rose by half a percentage point to 1.5 percent on June 2, six weeks after the poll was taken.

More than one in five Canadians expect rising interest rates to have a “significant negative impact” on their overall mortgage, debt, and financial situation, the survey found.

Lysa Fitzgerald, Manulife Bank’s vice-president of sales, tells Global News that three hikes seen so far this year can already have a “significant impact” on a household’s monthly cash flow.

A family who might’ve been budgeting $2,600 a month on a variable rate mortgage at the start of the year, when rates were at the 0.25 percent floor seen through most of the COVID-19 pandemic, would now be paying roughly $400 more a month since rates have risen 125 basis points, Fitzgerald says.

“The last two or three years, we’ve experienced very low-interest rates. And many Canadians took advantage of being able to qualify for higher mortgages and took those,” she explains.

“And now (they) are finding themselves in a situation as rates are rising, can they really afford that?”

Interest rates are not likely to hold at the 1.5 percent mark for long, either. The Bank of Canada remains on a rate-hike path as it tries to tame inflation, which is now at a 31-year high of 6.8 percent.

If Manulife’s survey is accurate, there could be a wave of new listings coming onto the market following the latest rate hike as worried homeowners seek to downsize or exit the market.

But John Pasalis, president of Toronto-based mortgage brokerage Realosophy, says there hasn’t been a flood of homes onto the market so far this month — he describes the overall listing volume as “soft” right now as market activity moderates.

Pasalis says that homeowners should be insulated from a rapid rise in interest rates thanks to the federal mortgage stress test — “in theory.”