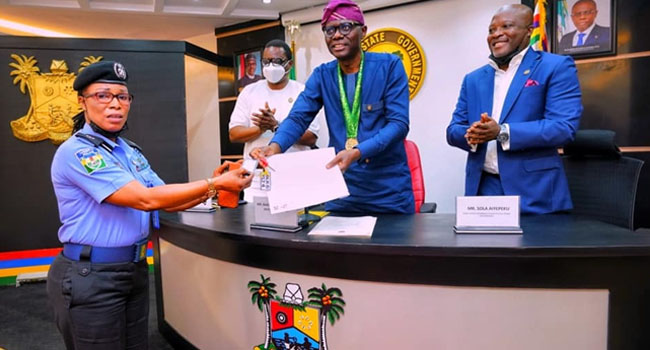 Share on FacebookShare on TwitterShare on WhatsappShare on Telegram
25 years ago after winning Nigeria’s first Olympic Gold in Long Jump event at the 1996 Atlanta Olympics, the Lagos State Government, on Thursday, redeemed the gift and the donation of a three-bedroom house to Chioma Ajunwa-Okpara.
The  3-bedroom flat is located at the Babatunde Raji Fashola Housing Estate, Iponrim 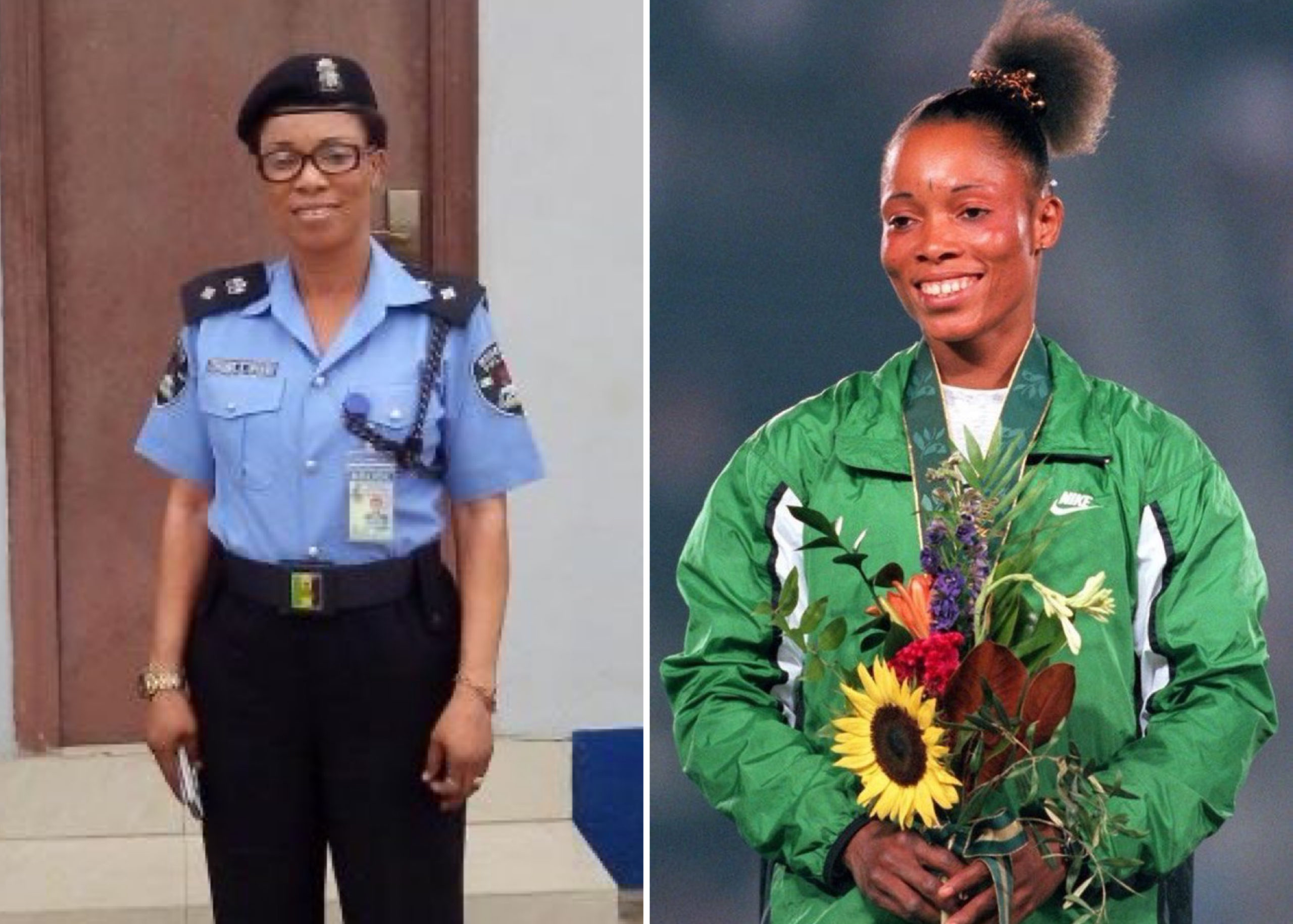 Mr Sanwo-Olu, while announcing the house reward at the Lagos House, Alausa said the donation was to fulfill the 25-year pledge made by the then government which has been left unfilled.
“It could have been delayed for 25 years, but today she will be the owner of a three bedroom flat in Lagos at the famous Babatunde Raji Fashola housing estate in Iponri,” Sanwo-Olu said as he presented the keys to an ecstatic Ajunwa. 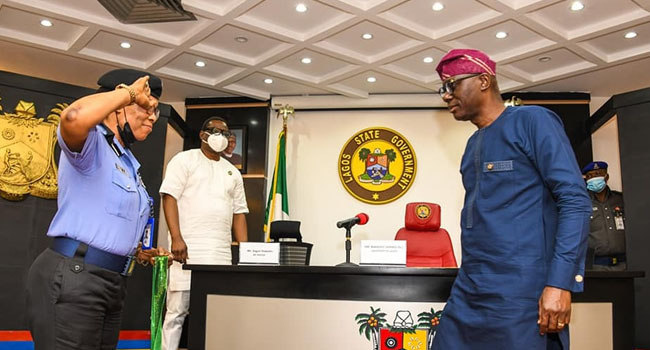 “Indeed it could have taken 25 years to keep that promise, but today it’s promised as is deserving. These are the keys to your flat.”
Recall Chioma, currently an Assistant Commissioner of Police, was interviewed on ‘The Chat’, a Channels Television programme, where she revealed that the house promised to her by Olagunsoye Oyinlola, the then military administrator of Lagos State, was never given to her because she is not a Lagosian.
Ajunwa won a gold medal at the Atlanta ‘96 Olympics for long jump, making her the first black African woman to win an Olympic gold medal in a field event.