4 U.S. Presidents you didn’t know were black; Yep, not Obama 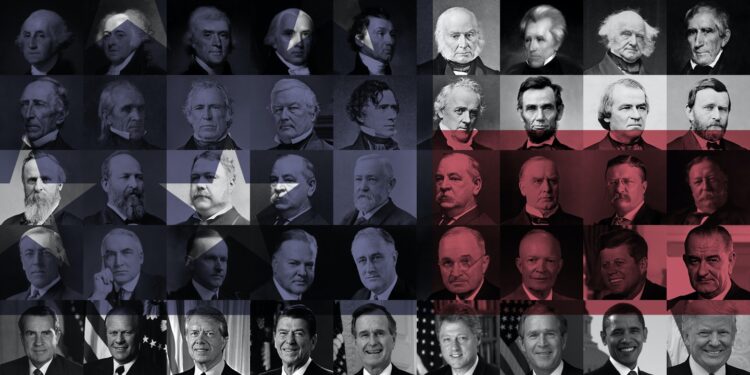 Allegations and/or sheer rumor? Here is where we need to learn and unlearn… lets open our list with Abraham Lincoln…

So it appears, the historic claim was that Lincoln was “part Negro”. Abraham Lincoln served as the 16th president of the United States from 1861 until his assassination in 1865. According to Lincoln’s law partner William H. Herndon, Lincoln had “very dark skin”. Abraham Lincoln described himself as “black” and his “complexion” in 1859 as “dark”. Lincoln led the nation through the American Civil War, the country’s greatest moral, constitutional, and political crisis. Like Lincoln wasn’t shocking enough, we have Jefferson. Thomas Jefferson was the 3rd U.S president. Although his pictures appear white, the overlapping claim is that, in an 18th-century Presidential campaign, someone speaking against Jefferson’s candidacy and in favor of that of John Adams, his opponent, accused Jefferson of being “half Injun, half nigger, half Frenchman” and born to a “mulatto father” or slave and “a half-breed Indian squaw”; this birth to a mulatto and an Indian allegedly “well-known in the neighborhood where he was raised”. Jefferson was also a vocal opponent of slavery, calling it a “moral depravity” and a “hideous blot,” and outlawing international slave trade. Warren G. Harding, the 29th president of the United States, serving from March 4, 1921 until his death in 1923, was said to have African ancestry; one claim was by his political opponent, a controversial and racist historian, William Estabrook Chancellor. Chancellor said Harding’s father was a mulatto and Harding’s great-grandmother was black. He was once asked about the potentially damaging hearsay; rather than regulate, Harding is reported as saying “One of my ancestors may have jumped the fence.”

During Harding’s campaign, Democratic opponents spread rumors that Harding’s great-great-grandfather was a West Indian black and that other blacks might be found in his family tree.

Andrew Jackson was the 7th president of the U.S. According to historian J.A. Rogers’ pamphlet The 5 Black Presidents, Jackson’s dad was allegedly Black and his oldest brother was reportedly sold into slavery. The claim was that his “Mother was held to public scorn as a prostitute who intermarried with a Negro, and [that his] … eldest brother [was] sold as a slave in Carolina.” Less specific was a rumor of Jackson having “colored blood”, meaning having “Negro” ancestry; this rumor was unproven. He was tagged America’s most violent President.