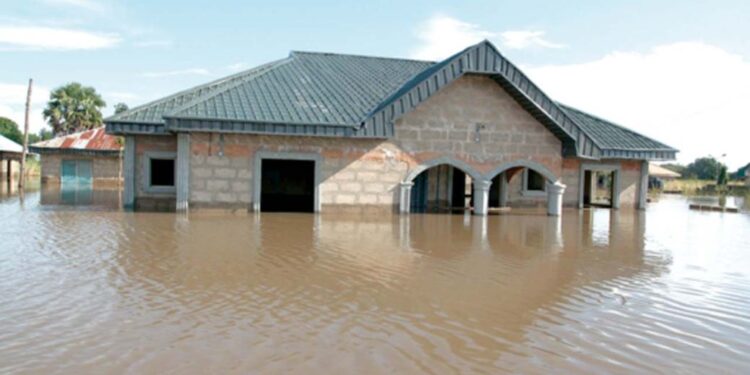 The contractor handling the first phase of the Federal Government’s Ecological Fund intervention project in the flood and erosion disaster-prone areas of Abeokuta has assured home owners along the path that demolition along the waterways is not in the plan, except where necessary.

The first phase of the project will be carried out in Olorunsogo and Gbangba, Kuto and Amolaso communities in Abeokuta South Local Government.
Speaking on the project that has commenced in the council area, Engineer Tunde Ibikunle of Whales Construction Nigeria Limited has assured that there would be no demolition of houses near the courses of the waters, unless it becomes necessary.

According to the Site Engineer of the Company handling the Erosion and Flood Control in Olorunsogo, Gbangba, Ijaye up to Trinity School in Ijaye, Abeokuta, he said the rehabilitation of the ecological problem of the areas is being carried out with modern technology.
According to the site engineer, Ibikunle, the intervention was to stem and redirect damaging floods ravaging Olorunsogo, Gbangba, Ijaye, Ijeun Titun, Ago-Ijesa up to Kuto and Isale Igbein leading to Sokori River.
Engr Ibikunle disclosed that the ravaging floods were caused by five rivers emptying their waters into the Gbangba River, Ijaye.
“These rivers, brooks and rivulets include those coming from Isale-Ake, Lantoro, and Idi-Aba.”
Besides, Engr Ibikunle explained that the first phase of the project, which would cost some millions of naira, had already started in earnest and would be completed before November this year, saying that ‘as much as possible, houses along the course of work would largely not be affected.

Engineer Ibikunle also disclosed that nearly all the materials and mobilisation for the job have been completed.
Meanwhile, Baale Olorunsogo, Chief Bunmi Fasola, has lamented and lauded the intervention of the Federal Government in the ecological problem facing Olorunsogo and Gbangba, Ijaye that has led to massive flooding and erosion in the area.
Baale Bunmi Fasola lauded the roles played by Alake and Paramount ruler of Egbaland, Oba Adedotun Gbadebo in the flood and erosion control project.

Chief Fasola recalled that some houses in the affected areas of Olorunsogo, Gbangba and Ijeun Titun had been marked for demolition by the past by the local authorities.