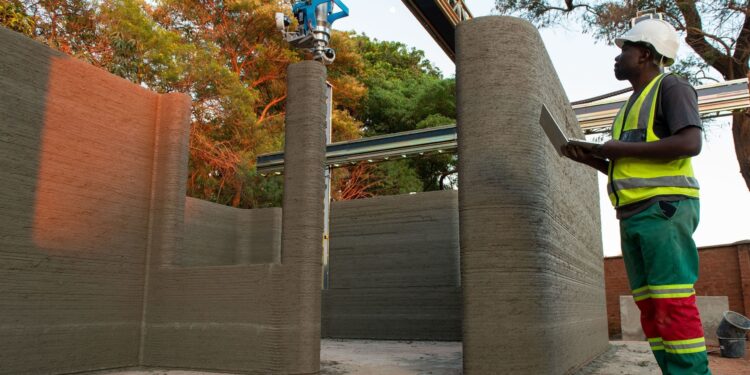 14Trees, a joint venture involving CDC Group – the UK government’s development finance institution – and the European building materials multinational LafargeHolcim, is 3D-printing houses and schools in a fraction of the time it would normally take.

The technology driven company has operations in Malawi and Kenya, and is able to build a 3D-printed house in just 12 hours at a cost of under $10,000. Its building process reduces CO2 emissions by as much as 70% when compared with a typical house-building project. It has also developed an online platform for the African diaspora, encouraging people to invest in a “home back home.”

The 14Trees building projects are one example of public-private cooperation helping to create jobs as well as housing across Africa. The IFC is working with a Chinese multinational construction and engineering company, CITIC Construction, and plans to build 30,000 homes over a five-year period by partnering with local businesses across Africa, and estimates that each housing unit will create five full-time positions, equating to 150,000 new jobs in all.

The company’s first-ever affordable, 3D-printed home was built in Lilongwe, the capital city of Malawi. 14Trees has also recently completed its first 3D-printed school, also in Malawi. Built in a fraction of the time a traditionally built school would take, it opened its doors to students on 21 June, World Economic Forum reports.

Tenbite Ermias, managing director of CDC Africa, said: “The rollout of 14Trees’ world-class, cutting-edge technology is going to have a tremendous developmental impact on Malawi and the wider region. It is a wonderful example of how we are investing in businesses that can support the UN’s Sustainable Development Goals.”