Affordable housing is not so affordable for South Africans 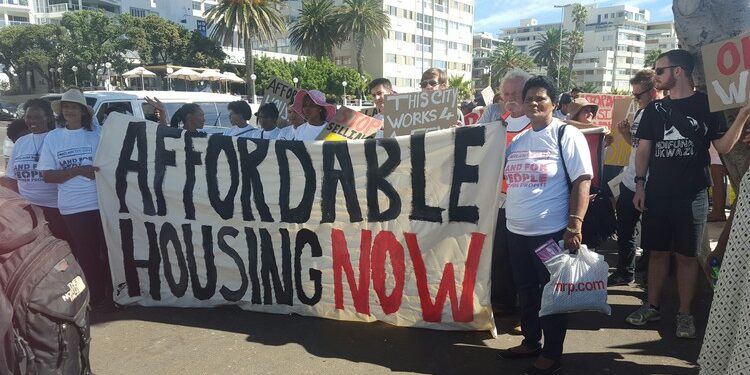 With an estimated one million people in need of government-assisted housing, South Africa consumers are sinking in debt worth R1.9 trillion as it has become increasingly difficult to buy a property.
In South Africa, financial institutions check consumer’s affordability in line with the National Credit Act standards, and due to the high unemployment rate, banks remain cautious.

According to Statistics South Africa, the unemployment rate stood at 32.5 percent in the October-December 2020 quarter, meaning, 7.2 million people were unemployed, up from 30.8 percent in the previous three months.
The eThekwini Municipal Spatial Development Framework 2020- 2021 reports stated that Durban had approximately 3.75 million persons living in some 950,000 dwellings and this was expected to increase to four million citizens by 2020, and to 4.4 million people by 2035.

According to the report, most of the backlog is experienced by low-income households who earn less than R 3 500 per month. Over a third of South Africans own their homes. Some of the owners include households that have received some kind of government subsidy to access housing. 13.1% of households were still living in informal dwellings in 2018.
“This could be attributed to the fact that rapid household growth and population relocation is making it very difficult to address existing backlogs in the face of fresh demands,” said Stats SA.

Standard Bank, which has the biggest share of South Africa’s home loan market, reported that its total home loan book in South Africa was sitting at R378.1 billion (out of a total group book of R399 billion) in 2021.
“Of the group figure, it has booked an impairment charge of R4.132 billion in the South African home loan portfolio, and R4.372 billion for the group. This represents a credit loss ratio of 1.14% for mortgages,” said Standard Bank.

Msawakhe Mayisela, the eThekwini Municipality’s spokesperson, said the City understood the challenges it faced when it came to housing and relied on grant funding provided by the National Treasury, through the National & Provincial Department of Human Settlements, for human settlements programmes.
He said grant funding was limited to resources available at the National Fiscus and reviewed with limitation every year.

Credit impairments occur when someone’s credit deteriorates, affecting their ability to pay back the credit.
Even with the assistance (Finance Linked Individual Subsidy Programme – FLISP) that the government is providing to first-time homeowners, one needs to first prove financial affordability. It is difficult for South Africans to take advantage of the benefit. Added to this, the application process for FLISP continues to be challenging for many.