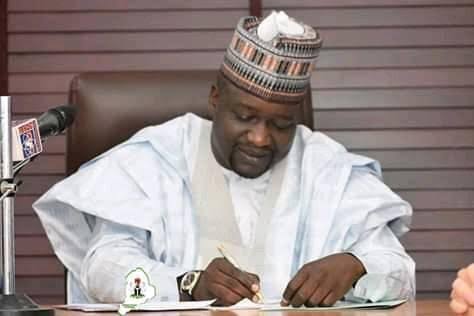 The 500 Housing Estate projects were earmarked for completion this year.

According to Kadafur, the contractors were behind schedule as the houses only reached the Damp-Proof Course (DPC) levels of construction, while most of the serious contractors have reached 80% completion.

The AG directed contractors who have either not reported to the site absconded or are still on DPC level to immediately refund their mobilization fees to the committee.

Their contracts, according to him, remain revoked, as they have failed to complete their housing projects.

He also urged the site engineers to improve on the strict monitoring and supervision of the housing project adding that all problems should be communicated to him for immediate solution.

Among the committee members that accompanied Kadafur for the inspection, include Commissioners for Local Government and the Chieftaincy Emirates, Housing and Energy and that of Environment, Sugum Mai Mele, Yuguda Sale, and Modu Walama respectively.