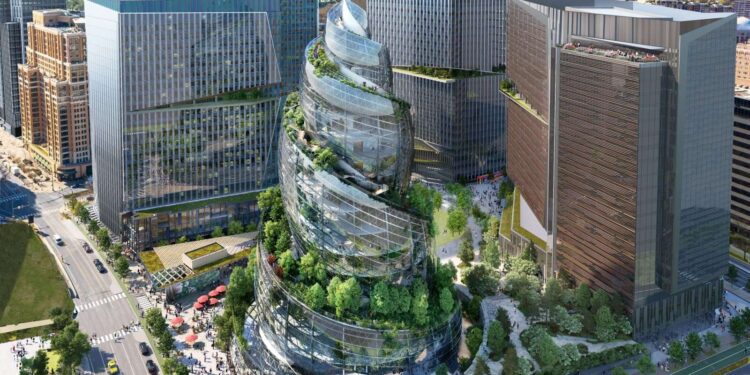 Amazon has unveiled the proposed design of its second headquarters in northern Virginia.

The standout feature of the design proposal for HQ2 includes a unique structure, dubbed “The Helix.” Amazon described the 350-foot-tall office tower as a “spiraling vertical forest” that features outdoor walkways with trees and plants that twist up to the top of the building.

Amazon said the designs make up the proposed development plans for the second phase of new construction on HQ2. If the plans receive approval from Arlington County, the company hopes to begin construction on the Helix and other office buildings on the site in 2022. Construction is expected to be complete in 2025.

“Despite many of our employees working from home at this time, we view our Arlington headquarters as a long-term investment, and we remain committed to creating 25,000 jobs and investing $2.5 billion in Arlington over the next decade,” Amazon stated. 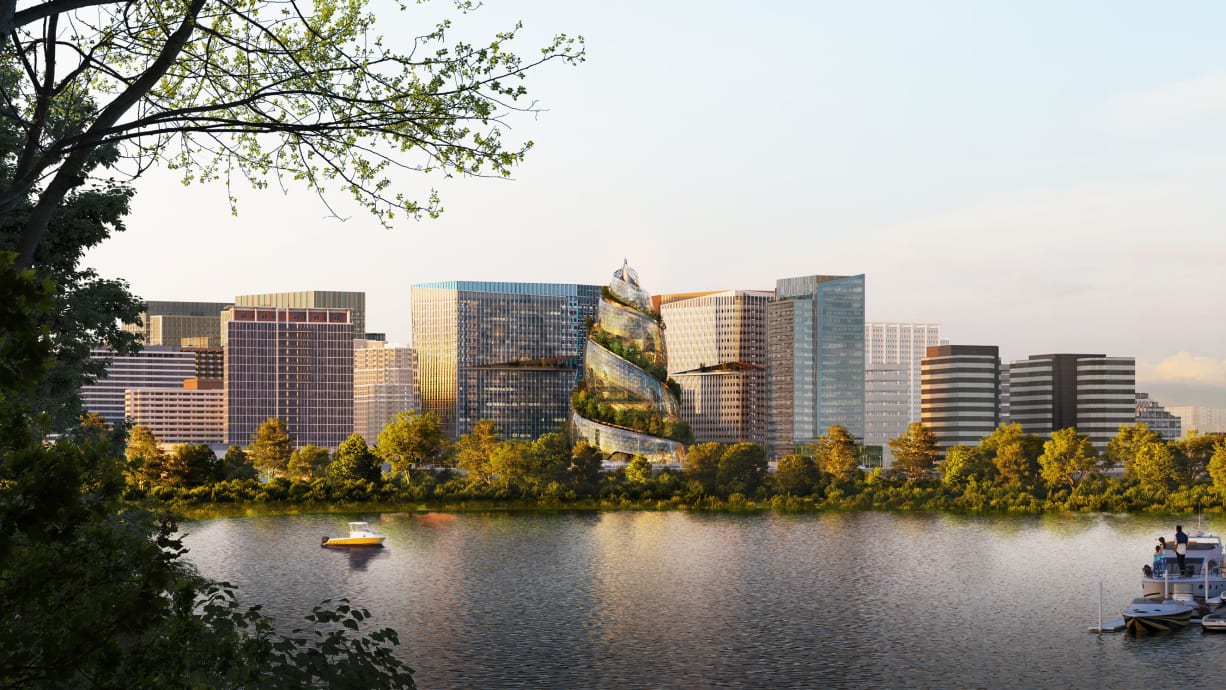 According to Amazon, the new buildings are designed to be LEED Platinum, the highest certification for a sustainable development issued by the U.S. Green Building Council. The project also includes an all-electric central heating and cooling system that will run on 100% renewable energy from a solar farm located in Pittsylvania County in southern Virginia, procured in collaboration with Arlington County. This will align with Amazon’s Climate Pledge to be net-zero carbon by 2040 and advance Arlington and Amazon’s shared commitment to be leaders in the fight against climate change.

The Helix, combined with three other office buildings at the site, called PenPlace, would create roughly 2.8 million square feet of office space.

Aside from office space, the company has set aside more than 2.5 acres of open spaces that are accessible to the public. There’s an amphitheater designed for outdoor concerts, farmers’ markets and other activities, as well as public green space.

While the Helix itself will only open to the public occasionally other parts of the site are intended for use by the community.

The Helix will serve as an alternative workspace for Amazon employees, but it will also be open to the public on some weekends each month, similar to the “Spheres,” the nature-inspired centerpiece of Amazon’s Seattle headquarters.