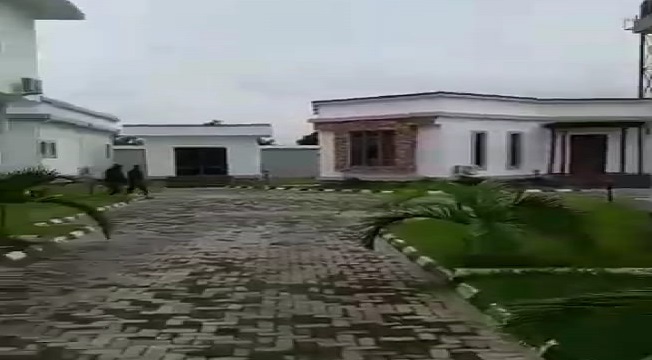 The Asset Management Company of Nigeria (AMCON), on Wednesday, swooped on the Ilorin palatial mansion belonging to Mr Abdulfatah Ahmed, immediate past governor of Kwara State, and took it over, on an alleged N5 billion debt.

Abdulfatah Ahmed, becomes the next governor to come under the heavy hammer of a Federal Government agency after his predecessor, Bukola Saraki, who has been having a running battle with the Economic and Financial Crimes Commission (EFCC).

However, in a reaction to the development, the former has expressed disapproval over the take over of his house, saying the move by AMCON was not necessary. 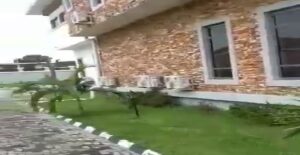 A video circulating online shows the moment a lawyer to AMCON, who identified himself as Dr Robert Uwuoba, arrived at the premises located at 9A, Abdulrazaq street, GRA, Ilorin, the Kwara State capital.

According to them, The Rescue Nigeria Project was founded on the premise that the problems of Nigeria emanated from poor leadership, adding that the deepening crises in the leading political parties were all the more the reason the re-calibration was necessary.

But the action is coming less than 24 hours after the birthing of a new political platform by the former governor alongside former Chairman of Independent Electoral Commission (INEC), Attahiru Jega.

Others at the formation of the new platform – The Rescue Nigeria Project, include political-economist, Pat Utomi, former Minister of Education, Tunde Adeniran, a former member of the House of Representatives, Usman Bugaje; and two members of staff of the United Nations, Prof Terhemba Shija.

48% of renters worry they won’t ever be able to buy a home, survey finds