Another building collapses In Lagos, many trapped 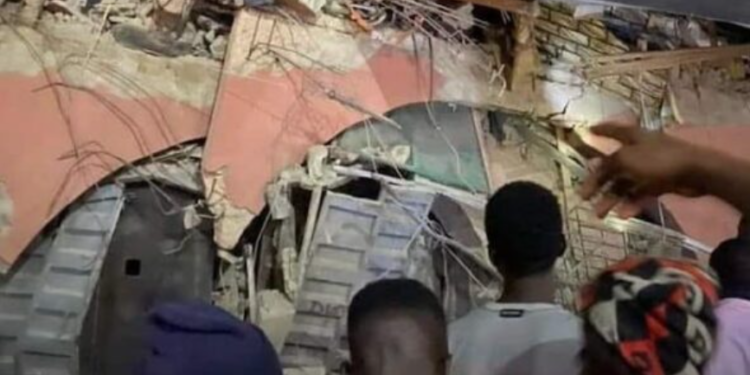 Sources said several people are still trapped in the rubble, just as the details of casualties are still unknown.
.
The incident, which has added to the list of what has become somewhat constant, with one of the most remarkable in recent times being that of the 21-story building in Ikoyi, last year, occurred at 32, Ibadan Street, Ebute Metta, Lagos.

Though a video accompanying the statement, via its Twitter account, showed that the structure collapsed completely to the ground, it did not reveal the number of casualties, indicating that it was yet to be ascertained.