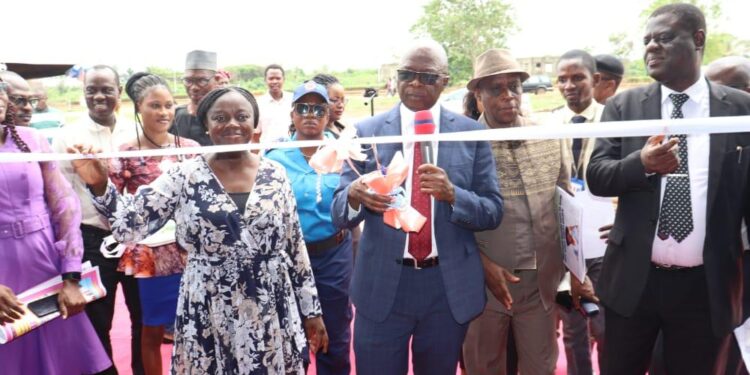 Speaking during the commissioning of the project, Prof. Arigbabu said that no government can single-handedly sponsor the cost of sound and effective education for its citizenry, saying the building would add value to teaching and learning activities in the school.

The Commissioner in a statement added that the importance of the project could not be exaggerated considering the enormous resources the State government has committed to the education sector, noting that it would aid the smooth running of administrative processes.

He said the government has taken a firm stand to ensure that its policy of making education a top priority was fulfilled, with the provision of basic infrastructure, sound curricula, and better welfare for school administrators, teachers and learners in schools across the State.

“Let me on behalf of the State government appreciate the institute for the newly constructed administrative block named after the Governor. Our administration will not relent on its oars until all tertiary institutions in the State are completely transformed”, he said.

In her welcome address, the Rector, OGITECH, Dr. (Mrs.) Olufunke Akinkurolere revealed that the building which was one of the most interventions longed for was built from the institute’s Internally Generated Revenue (IGR) with support from the State government.

Dr. Akinkurolere said that all necessary resources were expended to achieve the success of the building to create an enabling working environment that could make an impact on the morale and productivity of the staff.

It’s another day to take your vitamins, and today it’s C