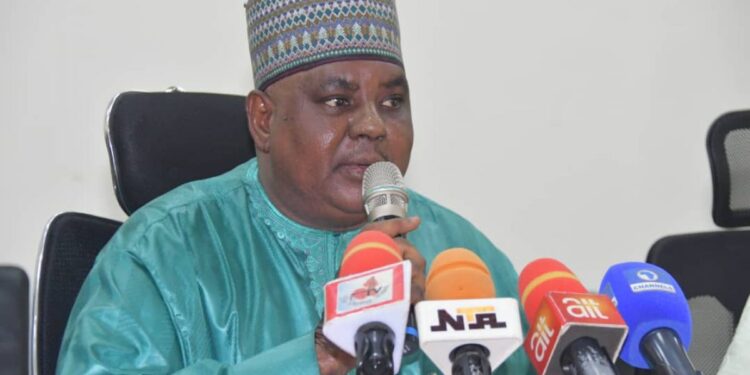 A building belonging to the member representing Bauchi Federal Constituency in the House of Representatives, Honourable Yakubu Shehu Abdullahi, has been demolished by persons suspected to be officials of the Bauchi State government.

Sources said that the building, located at the GRA area of Bauchi metropolis, was demolished at about 1:00 am on Saturday allegedly on the order of the state governor, Senator Bala Abdulkadir Mohammed.

Reacting to the demolition, Abdullahi, who was recently suspended by the Emir of Bauchi, Alhaji Rilwanu Suleiman Adamu as Wakilin Birni, alleged that his property was demolished on the instruction of Governor Mohammed without following due process.

The federal lawmaker, who defected last year from the Peoples Redemption Party (PRP) to the ruling All Progressives Congress (APC), said that the government claimed that the building was sited by the roadside.

He alleged that he was being victimised by the governor because he belongs to the APC, adding that the building was demolished without any compensation paid by the government.

“My house was not on the road side and it did not did not block road, but to my surprise, the governor gave an order to demolish my house immediately he arrived into the state yesterday. I built the house a long time ago.

“The demolition was carried out because I am a member of APC.I bought the land from a former Head of Service in the state and subsequently followed all necessary procedures, including registering it with the state Ministry of Lands, where he paid the sum of N360,000.

“I did not buy the land from the state government rather I bought it from the former Head of Service during the tenure of former governor Mohammed Abubakar Abdullahi about two years ago.

“I followed all due process for owning the place. I also registered the land through the Bauchi State Ministry of Lands. I did registration for the sum of N360,000 before starting to build on it, but today they said the house is not mine, how is that possible?” he said

The Reps member said that government supposed to have got a court order ordering the demolition of his house, which should be properly served on him and compensated before carrying out the demolition.

“Even if they want to demolish my house, they should have done it in a good way by giving me a letter from court ordering me to move out of the house after they might have paid compensation.

“But no, they just came with bulldozer and started demolishing. Before they demolished houses in town to construct new roads, they paid the owners compensation but because I am a member of APC that was why I am treated this way.”

Abdullahi submitted that even if the state government wanted to use the land to build a hospital as it claimed they should do the right thing.

He said he was not against government providing infrastructure for the people, saying “I also want the government to do something good in the state but they should do it in a right way.”

Efforts made to get government officials to react to the development proved abortive as those contacted were not ready to comment on the issue.

Also, calls put through to the telephone line of the Senior Special Adviser to Governor Mohammed on Media and Communications, Muktar Gidado, were not going through, while he did not respond to both SMS and WhatsApp message 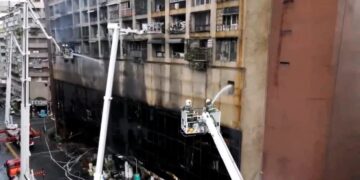