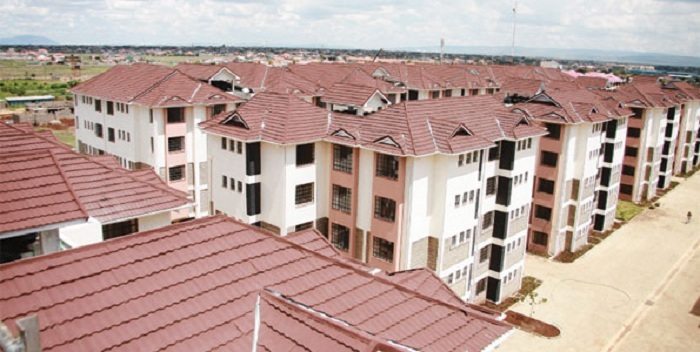 A Professor of Building, construction and Material Management, Department of Building Technology, Covenant University, Ota, Ogun State, Olabosipo Fagbenle has called on the government to provide benefits for private housing developers to participate actively in the provision of low-cost housing.

He decried recent and huge investments by governments at the three tiers of administration in the housing sector, saying such has had little impact on the housing needs of Nigerians.

Fagbenle made the demand while delivering the 24th Inaugural Lecture of the institution titled: ‘Affordable and Sustainable Housing: A Practical Approach to Total Building Construction’ held at the institution’s auditorium.

According to him, the failure to make provisions and provide the housing needs of the poor gave room for the organised private sector’s participation in the provision of housing schemes.

For an improved system and partnership with the private housing developers, the Don urged the government to embrace faster proposal adoption, a reduced property premium, infrastructure expense subsidization, relaxation of zoning and housing requirements and a reduction in financial contributions to utility authorities.

“The government could help by offering land as an option to private developers working on low and low-medium-cost housing projects under special concession contracts.
“To reduce disagreement and conflicts, a fair and transparent legal and regulatory framework for this form of investment should be developed.

According to him, the government’s benefits to private housing developers must be appealing and appropriate to convince the private sector that this form of public-private relationship would produce higher returns than other investment opportunities.

The lecturer said existing policies have failed to redress the housing deficit or give hope of shelter for all and meet the quantum and quality required.

“Consequently, this challenge forces poor people to settle in the urban periphery that is injurious to their health and well-being.

“More recent housing policies formulated by the government had not yielded visible positive effects in the lives of the poor despite the huge funds invested on housing,” Fagbenle said.

According to him, studies have shown that governments at the three tiers have less concern for adequate policies on land for affordable housing delivery.
“Therefore, poor people who are the largest percentage of the population cannot afford the high price tag on land and are forced to live in slums.”

He added that the overall national policies that assigned specific roles to the three tiers of government only existed on papers as personnel in the sector are hardly given the enabling environment to perform assigned functions.

Fagbenle advocated that the concept of sustainability and affordability needed to be adequately explained in policy formulation to realistically achieve efficient housing production delivery.

Besides, he identified land acquisition, materials procurement and construction process as a major problem confronting the quest for affordable and sustainable housing in the country.

Fagbenle emphasised the need for the government to promote all-inclusive participation through active involvement of the civil society, especially through the efforts of housing users’ organisations, such as low-income earners’ Organisations and community-based Organisations.

In his welcome address, Prof.Abiodun Adebayo, the Vice-Chancellor of Covenant University, said that many housing projects were targeted at upper-income households and consequently middle and lower-income families are experiencing a down housing shortage.

The Vice-Chancellor made a case for concomitant and quality provision of new housing units as the population of the country continues to rise.