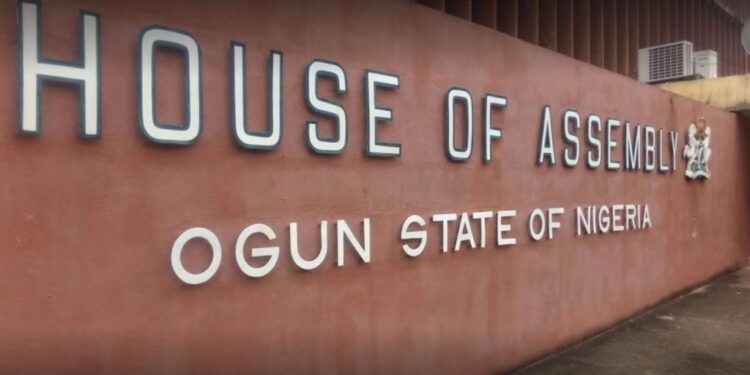 The separate passage of the bill and resolutions followed the respective presentations of the reports of the House Committee on Lands and Housing by its Chairman, Damilola Soneye at a plenary presided over by the Speaker, Rt. Hon. Olakunle Oluomo.

Subsequently, Soneye moved the motion for the adoption of the two reports, seconded by Hon. Olusola Adams and Yusuf Adejojo respectively and thereafter supported by other lawmakers through a voice vote.

The bill was later read and adopted clause-by-clause after which the motion for the third reading was moved by the Majority Leader, Yusuf Sheriff, seconded by the Deputy Speaker, Akeem Balogun, while the Clerk of the House/Head of Legislative Service, Mr. ‘Deji Adeyemo did the third reading.

Responding, Speaker Oluomo directed that the clean copy of the bill be transmitted to the Governor, Prince Dapo Abiodun for his assent.

It would be recalled that the Assembly had earlier conveyed a stakeholders’ forum on the bill, where concerned government agencies in the State responsible for the proposed law on administration of physical planning, urban development and building production management were challenged to always consider and reflect the uniqueness of the various communities and status of residents, especially low-income earners in the new law, when eventually passed and assented by Governor Abiodun.

The lawmakers at the public hearing stressed that the State remained a developing entity, that needed to accommodate more developmental projects including investment opportunities in preparation for the status of a smart city, and would have to consider transiting its expansion and developmental initiatives on the people with human face.