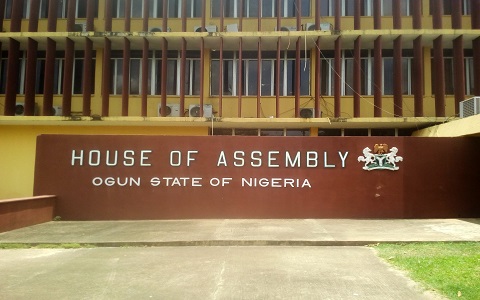 The Ogun State House of Assembly’s Committee on Lands and Housing has commended the Bureau of Lands and Survey (BLS) and State Housing Corporation for generating over N3.760bn and N1.197bn respectively, as revenue between January and June this year.
The Committee Chairman, Hon. Damilola Soneye, gave the commendations while responding to the presentation on-budget performance of both agencies at the ongoing 2021 half-year budget performance appraisal, at the Assembly Complex, Oke-Mosan, Abeokuta.
Soneye in the company of his fellow lawmakers, appreciated the efforts of the Corporation in addressing the housing deficit among low-income earners in the State and charged the two agencies to further improve on their performances before the end of the year.
Earlier, the Special Adviser/Director-General of BLS, Mr. Aina Salami stated that the revenue was generated from survey, planning and building, inspection, administration fees, among others, adding that the agency’s achievements were due to the actualisation of the initiative and policies of Governor Dapo Abiodun led-administration in alleviating poverty.
On his part, the General Manager of the State Housing Corporation, Esv. Wale Ojo said the Corporation had provided affordable shelter for the people, with various residential building projects in Abeokuta and Ijebu Ode.