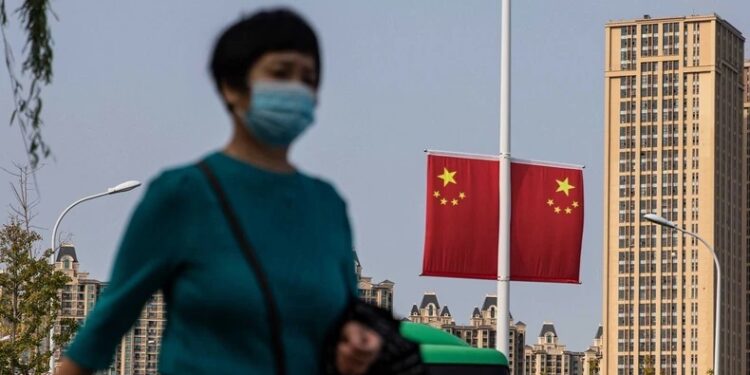 A major Chinese real-estate developer has advised its staff to tighten purse strings amid a market slump.

China Vanke, the country’s third-largest real estate developer by sales, has told staff to “be frugal” and “spend small money while doing big things,” according to an internal document.

Vanke staff confirmed the existence of the document to Communist Party media outlet Beijing News.
The South China Morning Post reported the note was disseminated at a meeting last Tuesday. Vanke did not immediately respond to Insider’s request for comment.

Copies of the document circulating online, which Insider reviewed, showed Vanke told staff to save every cent they can, likening the mentality to one in a “war-time” mode
The company asked employees to opt for cheaper air tickets and hotels when travelling and to minimize daily expenses like printing documents only when necessary, the document shows.

The Shenzhen-based company also said employees need to change their mindsets as they cannot continue to operate as if they were still in the “golden era” of the industry.

The instructions come amid a slump in China’s property sector, even though Vanke is in relatively good health. It has stayed guarded, steering clear of expensive land purchases as chairman Yu Liang has been predicting a market correction for years, according to Reuters.
Unlike embattled property developer China Evergrande, Vanke also has more than enough cash on hand to cover all its short-term debt, Fitch Ratings said in September.

Once a red-hot market, China’s property market has slowed sharply in recent months as both demand and supply have fallen after the central bank capped outstanding property loans to developers and homebuyers to curb debt risks.

Prices of new homes dropped 0.2% in October from September — its first decline since March 2015, per Reuters calculations. Resale prices slumped in 90% of major cities in China and new construction starts also plummeted 33% on-year in October, according to the news agency’s calculations using official data.

The Chinese real-estate industry is being rocked by Evergrande’s debt crisis as the embattled real-estate giant struggles to pay off its $300 billion debt pile. This has investors worried over whether the fallout could spill over and hit global markets.
Chinese millenials, too, are grappling with an existential crisis over home ownership due to concerns over whether Evergrande will be able to deliver apartments buyers have paid for.

The slump is also showing up at land auctions, with almost a third of all 700 land parcels on sale since September withdrawn from the market as they did not generate enough interest, reported the South China Morning Post.
Major cities in China are also slashing prices of the plots by up to 20% in order to entice cash-strapped developers, the Hong Kong media outlet added.