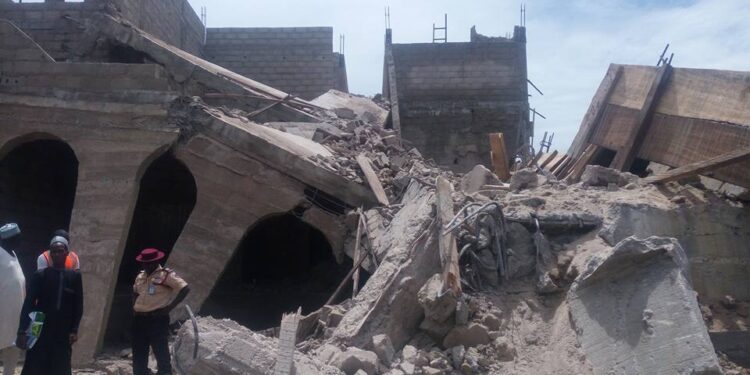 Hundreds of Muslim faithful on Saturday paid their last respect to two scholars that reportedly died when an uncompleted building collapsed on Friday night.

The two scholars identified as Ali, 28 and Abdulganiyu, 23 reportedly breathed their last when the one-story building located in the Hotoro area popularly known as Hotoro Unguwar Gabas behind Chula Filling Station collapsed.
An eyewitness confirmed that 3 other survivors sustained life-threatening injuries.

The account explained that the uncompleted structure was close to traditional Quranic school (Makarantar Allo) where 5 affected students of the school shared as temporary abode.

The source recounted, “On the ill fated night, 2 out of the five students died while the remaining were critically injured.”

Residents attributed the collapse of the building to low quality materials used by the private owner for the construction work.

Fire service officials are keeping mum over the development, and it was not immediately clear whether the incident was officially reported.