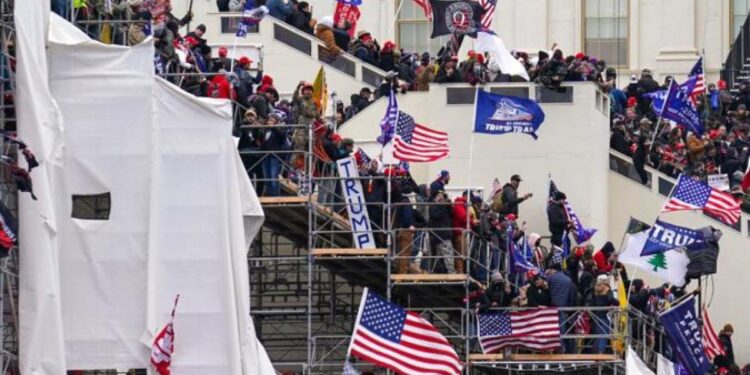 Following the unfortunate mob attack on the U.S Capitol, Washington D.C which left at least five people dead, leading Commercial real estate organizations like CREFC, NRF, NAR, NHMC and global brands which includes Coca-Cola, Amazon, IBM and many more have aired their varying reactions to the incident which has since been tagged “a threat to America’s democracy.”

Adam Behlman, Chairman, Commercial Real Estate Finance Council (CREFC) stated: “After the events that occurred yesterday, I was compelled to stay up all night just to see true democracy in action, which thankfully occurred. Our nation’s road to recovery will be long and arduous and as we are a diverse organization that represents the varied interests of many constituents, we are dedicated to working as one nation alongside the entirety of our elected leaders to ensure that democracy is honored and upheld.”

The National Retail Federation (NRF) expressed their reaction in a published statement which reads in part: “Our retailers, the millions of associates they employ and the communities they serve across the country want and need our elected officials to focus on the priorities that ensure faith in our government through stability. Today’s riots are repugnant and fly in the face of the most basic tenets of our constitution, and the Administration must move quickly to provide the leadership that will end this affront to our democracy.”

The National Association of Realtors (NAR) announced: “The scenes we are watching unfold as a nation are shocking and leave us in disbelief. America’s largest trade association stands with our democracy and our nation’s centuries-old observance of peaceful protests and the peaceful transfer of power. What happened today at the U.S. Capitol was an assault on both.

“We urge for calm and fully support the U.S. Capitol Police and the National Guard to restore safety to the city of Washington, D.C,” Oppler continued. “Members of Congress, their staff, Capitol Police Officers and workers at the U.S. Capitol today came under attack. These are scenes that should not stand in the United States of America and are no part of our fabric as a free, compassionate and tolerant people.”

“NMHC and its members look forward to working with the Biden-Harris Administration and Congress to address our nation’s housing affordability challenges and provide much-needed support for our nation’s renters and housing providers.”

The Coca-Cola Company said: “For nearly 250 years, the United States of America has stood as a beacon for democracy, shinning a light for the world on how differing perspectives and ideas can strengthen the society. We are all stunned by the unlawful and violent events that unfolded in Washington D.C. With the election results now certified, we have faith in America’s democratic institutions to ensure a peaceful transfer of power and allow the U.S to move forward together as one nation.”