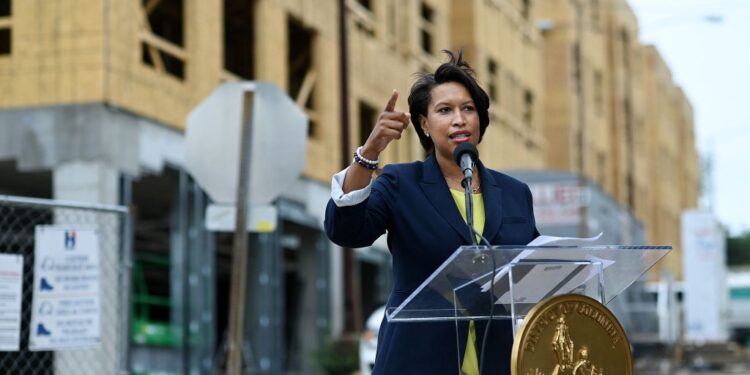 D.C Mayor, Muriel E. Bowser has disclosed plans to invest $400 million into the provision of affordable housing in the District.

The proposal was introduced to provide an immediate boost to the Housing Production Trust Fund by placing an additional $150 million into the fund for the current fiscal year, with $250 million more allocated for fiscal 2022.

Bowser said: “I promise you, we will be very intentional about the types of housing that will come with these investments. We know, especially as the median income has gone up in our city, not all affordable housing is created equally.”

According to reports, the mayor has placed at least $100 million into the housing fund each year since 2015. She said the $400 million will expedite her goal of building 36,000 housing units by 2025, 12,000 of them affordable to targeted income groups. In addition, the funding will help developers build an additional 2,700 subsidized housing units over the next two or three years. Since January 2019, the city has produced about 16,000 new housing units; 2,558 are classified as affordable.

Council member Janeese Lewis George: “We have to consider Black families and the history of displacement and making sure people can call this place home. Oftentimes we hear the community say, ‘We support affordable housing.’ But then when it comes to the type of affordable housing, we start to see a difference there.”

The budget proposal will include enough housing vouchers through the Local Rent Supplement Program to ensure that half of all homes built using the fiscal 2022 funds are reserved for the lowest income bracket in the District — those who earn less than 30 percent of the area’s median family income (about $39,000 for a family of four). Advocates for the poor for years have criticized the city for allowing many subsidized homes to be priced for higher earners.