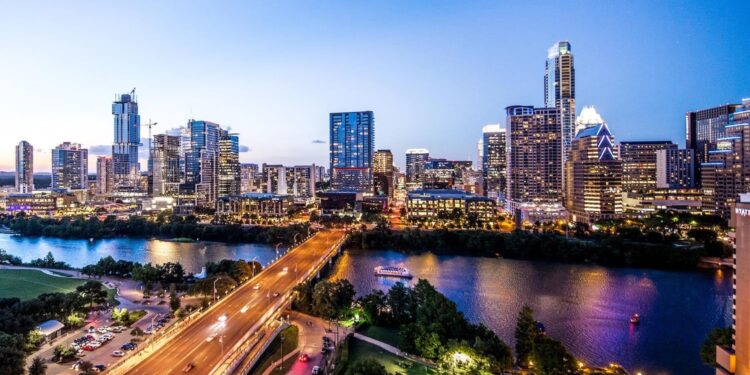 Texas will be getting its first digitally infused 324-apartment complex with affordable rents set to average $1,300 a month as International property tech firm, Planet Smart City teams up with developer, Palladium Group. Set on 4.69 hectares, the complex includes 11,000 square feet of community and commercial space.

Called The District, the development in the town of Little Elm, Denton County is characterised as “smart”, with Planet Smart City’s “Planet App” facilitating everything in the community, from event planning and educational activities to tool sharing and emergency assistance.

Planet Smart City said The District, its first scheme in North America, responds to pressing need for affordable housing there.

It and Palladium previously collaborated on the regeneration of Quartiere Giardino in Milan, Italy, described as a “smart district” with 1,500 apartments for 5,000 people and some 20 digital community services.

“We are delighted to launch in North America, showcasing our sustainable and replicable model in the continent,” said Giovanni Savio, Planet Smart City’s chief executive in a press release sent to GCR.

“As with many areas around the world, North America faces challenges in relation to housing affordability, particularly when it comes to rent price. The District will integrate smart solutions and value-added services for the residents.”

Palladium’s chief executive Tom Huth said: “In Italy, Palladium and Planet Smart City have shown how rich community life and a high quality of living can be accessible at a reasonable price.”

The first residents of The District are expected to move in by 2022.