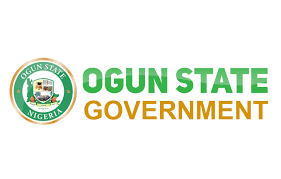 The Ogun State Government has warned that it will not condone any haphazard physical development along the Abeokuta-Sagamu expressway.

Commissioner, Ministry of Physical Planning and Urban Development, TPL. Tunji Odunlami issued the warning in Abeokuta during a meeting with owners of shanties and illegal shops erected along Presidential Boulevard, Oke-Mosan near the Governor’s office.

TPL. Odunlami warned that the government would not condone indiscriminate erection of structures on setbacks, capable of distorting the layout of the area.

Odunlami, represented by the Acting General-Manager Planning and Development Permit Authority, Tpl. Kolawole Ogun, noted that the act has necessitated the Ministry to embark on immediate removal and upgrading of the zone.

He instructed owners to vacate with immediate effect, and desist forthwith.

He stated that the Agency would not relent in its sensitisation and enforcement drive, towards ensuring that developers build right by obtaining necessary approvals at every stage of their building projects.