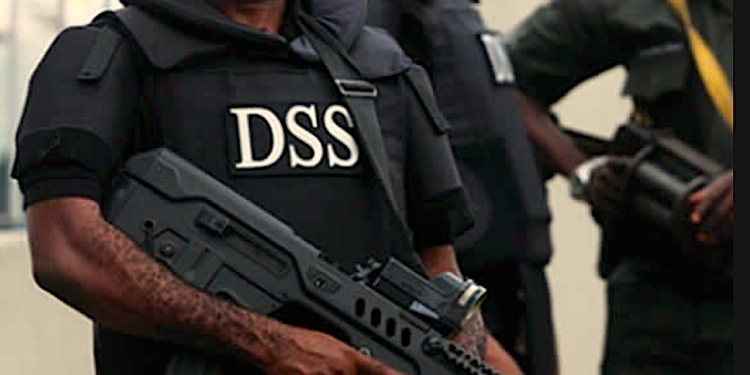 Following the allegation against the contractor engaged by the Department of State Service (DSS) cooperative to sell plots of lands at DSS housing estate in Ibadan for non-remitance to the Cooperative, the contractor has said the DSS cooperative is being economical with the truth.

Principal Consultant of the contractor, Mr. Badmus Adedeji refuted the claim of DSS Cooperative while speaking with journalists on Wednesday over the failure to allocate lands to some subscribers of the Estate.

It could be recalled that some subscribers who bought plots of lands at the estate located at Ile-Tutun area of Ibadan had on Tuesday protested against the refusal of DSS cooperative to allocate lands to them.

It was gathered that the estate named as Department of State Security Service Community Multipurpose Cooperative Society Housing Estate was sold by the DSS corporative through the contractor, A-ONE Executive Professional Services Ltd.

The DSS cooperative while reacting to the protests, in a statement, alleged that the contractor has not remitted any of the money collected from the subscribers to the cooperative account, adding that there was breach of the MOU by the contractor.

But, the contractor in his reaction said that the DSS cooperative is the one that proved to be clever by half.

Principal Consultant of the contractor, Adedeji insisted that it was the DSS cooperative that gave him the power to sell the lands on its behalf.

He noted that he was surprised that the DSS cooperative is coming out with a statement to nail him thereby, exonerate itself.

Adedeji, who assured that all the subscribers would get their allocations as soon as differences between the contactor and the cooperative are resolved, noting that he cannot encroach on land belonging to DSS cooperative and be selling the lands without the approval of the cooperative.

He then appealed to the subscribers to remain calm, adding that the issues would soon be resolved between the contactor and the DSS corporative.

He said, “There is an agreement between us. There is a MOU. I cannot just go to DSS land and be selling it. It is the DSS corporative that want to be clever by half. They are just being economical with the truth. There is a MOU that states the sharing formula.

“They are saying that we do not remit the money, but the money is not the problem. I have told you my own side of the story, I was given the mandate before I started the job.

“Where did we got the money to develop the site when they said that we did not remit the money? They are economical with the truth.

“It is not possible in this Nigeria for one person to enter DSS land and be selling it. That is what I called conspiracy theory. I acknowledged that they gave me the job to execute as a contractor.

“But, what I know is that everybody will get their land. We are appealing to the subscribers to be patient with us as we sort things out and settle our differences with the COMCOOP. “