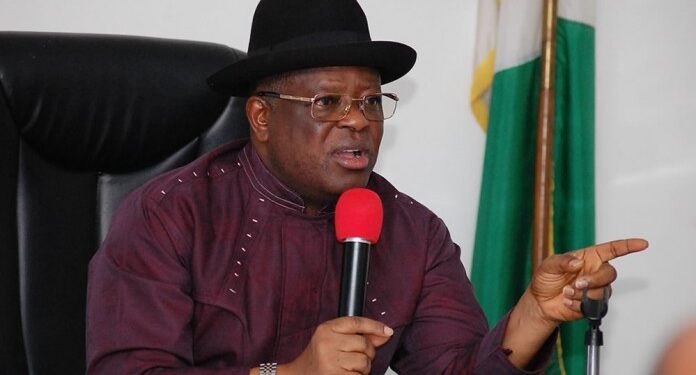 Ebonyi State government has announced and called on owners of landed property in the State capital to come forward for recertification of their Certificate of Occupancy (CofO).
The N20,000 cost of recertification is expected to be paid by each landed property owner.
This was disclosed by the State Commissioner for Lands and Survey, Chief Emmanuel Uguru during a joint press briefing with other Cabinet members, as part of the outcome of the State Executive Council meeting held on Monday at the EXCO chambers, old government House, Abakaliki.
The Commissioner said, “Among the issue deliberated in EXCO today is the issue of recertification of Certificate of Occupancies for landed properties, especially the ones within the urban area.
“There have been incessant complaints of people struggling over one piece of land. Some are in court; and petitions here and there. As a result of this, EXCO decided that there should be recertification.
“What this means, is that each person should bring up his/her Certificate of Occupancy and while bringing it, you must come along with the sum of N20,000 only to recertify it.

“The idea is not to make money but to resolve a situation where two or more persons will be struggling over a piece of land.
“Again, if you have property anywhere within the State capital, you have to pay your annual premium. It is stated in the Certificate of Occupancy that you are normally given.
The Commissioner instructed property owners to come with the evidence of payment, adding that failure to do so may render the C of O less valuable.
Also, the State Commissioner for Information and State Orientation, Barrister Uchenna Orji, said the Council approved the construction of 26 model schools across the State, with two per LGA, adding that the project would be undertaken with a N1.5bn facility to be secured by the government.

According to him, considering its importance, EXCO quickly set up a committee headed by Rev. Fr. Abraham Nwali and this committee to ensure that the right choice of schools is made, location is very critical and ensure that the need assessment is carried out.