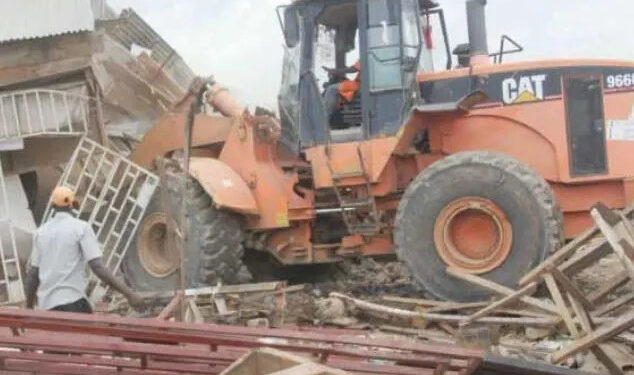 Residents of ECOWAS Estate Katampe Extension in Abuja have resolved to take drastic actions against activities of some developers allegedly, encroaching on their property without authorisation from the Federal Capital Territory Administration.

According to sources, Residents of ECOWAS Estate, Katampe had been having running battle with the developers, most of whom have been encroaching on their land.

Besides the security threats, theft and other social vices, Chairman
of the Estate Association, Dr Austin Maho said they have had to contend with a situation where the illegal developers created access road through their estate.

He kicked that residents of the estate might be forced to block the access road passing through the estate in line with an earlier directive by the FCT Minister, Mohammed Bello.

Speaking with journalist in Abuja, on Sunday, the Chairman of the Estate noted that in August of 2021 after series of petition over the illegal land allocations within the estate, the Minister undertook a working visit to the location, where he saw things for himself.

“He was able to establish that illegal allocations of land on green areas, children’s play ground and walk-ways were made within the estate and gave orders for their suspension,”Maho stated.

Speaking further, Maho said the Minister saw the illegal access leading through our estate to other nearby ones. In the words of the Minister he said that if a 55 hectares estate exists without proper access road, it means it is an illegal estate.

“He gave a directive that we should dig a trench to block access through our estate, we could have acted immediately but some of the management committee members felt this would be unfair, what we did was to serve them notices and placed some banners in the two entrances to alert the developers of the impending action. We gave them three months”.

According to Maho, said many treated the notices with levity. “One of them even questioned the authority of the Minister to give such a directive saying it was just a political statement and if he means it he should have gone ahead and have it Gazetted”

Maho also confirmed that the Minister came on the visit with all his directors including those of development control, land administration and AGIS, “they are all aware of the mess going on here and what the Minister said.

He explained that ECOWAS estate was designed as a diplomatic estate, because most of the residents are diplomats.

“Articulated vehicles and heavy duty trucks plying our internal road have not only destroyed the road but residents are daily subjected to noise, dust and the danger posed by these vehicles.

“It beats ones imagination that an approval was given for the development of a 55 hectares estate without proper Environmental Impact Assement or proper layout and design.

“We know they are violating the MOU they signed with the authorities. They are not adding any value. They are partitioning the land and selling to unsuspecting members of the public making a kill for themselves and not interested in spending money to develop the road leading to their estate but turn an existing and gated estate into their access route.

“We urge them to do the right thing or else we may have no option but to also go to court to seek an injunction against these illegalities,”he stressed.