#EndSars: Repair and renovation of properties will take a while—Governor Sanwo-Olu 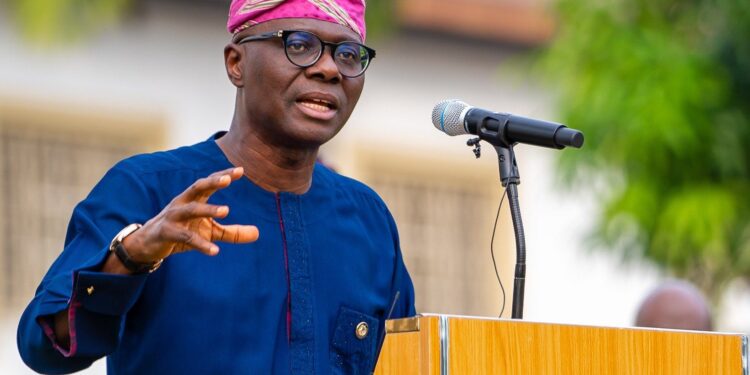 Lagos State Governor, Babajide Sanwo-Olu has disclosed that the government is still taking stock of the destruction wrecked on Lagos by protesters but the repairs would soon be facilitated.
Following the damage to properties and dent on the peaceful image of Lagos state during the 2020 #EndSars protest, undoubtedly, it would take time for the state to properly replace, repair, and renovate all the properties destroyed during the protest.

The State Governor made the announcement while addressing reporters shortly after his meeting with President Muhammadu Buhari at the Presidential Villa on pressing issues in the State.

During the briefing, Governor Sanwo-Olu stated: “It’s going to take a while. We are carefully taking a proper study to know what we need to do and taking our time to get it right. But we’ve started something. We are assessing businesses that were affected, shops that were looted or burnt. We’ve been able to directly begin to support such businesses, especially on a micro, small level using the Lagos State Employment Trust Fund.”

The Governor explained that the Trust Fund, so far, has been used as a means of intervention and support for small businesses, through grants and soft loans so as to get them back on their feet quickly. He further stated that larger infrastructure, transportation systems, and others might take a longer time to fix.

“We’re talking about a period under three months. So, it’s still a working document we are doing now and we also have to be very creative in how we raise the finance. We didn’t have money anywhere, and you know it was towards the end of a financial year and we’re just starting another year. So, we have to make budgetary provisions for these things and raise the required funds.”

“Support from the private and public sectors before we begin to reconstruct some of those infrastructures is also critical, but we have them all focused and will be tackling them,” the Governor added.

He stated that he had presented the state government’s efforts, challenges and how both tiers could partner with relevant agencies to the President with a view to curb the impact of the second wave of the Covid-19 Pandemic which has become a huge threat to Lagos State being the epicenter of the deadly virus.

Earlier the Governor, in a tweet revealed: “We are well into the second wave of the Covid-19 pandemic. Yesterday, Lagos scarily recorded its highest number of infections in one day, 712. We have already recorded a frightening spike in infection cases. This spike brings positive cases to a total of 32,720 in Lagos alone.”

How Dubai real estate market was affected by Covid-19