Affordability alarm goes off as house prices hit another high. 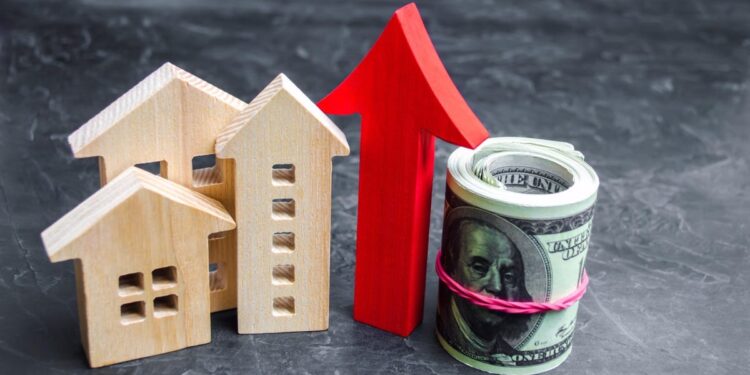 The latest government house price data has sparked fear that the market may be heading towards an affordability crisis.

The Office for National Statistics says the average house price hit a record of £273,762 in January – the latest data available.

Detached house prices were up 12.6 per cent while flats were up 5.1 per cent, and new build prices soared up 25.4 per cent.

“House prices hit a record high in January, outstripping wages significantly yet again, and raising the risk of an affordability crisis. It’s forcing buyers to borrow increasing multiples of their salary, and risks making property unaffordable as interest rates rise.

“The most recent affordability figures cover 2021, so furlough pay makes them look more dramatic. However, with the average property costing 9.1 times the average salary, alarm bells will be ringing. Compare that to 1997 when properties cost just 3.5 times earnings.

“While interest rates are at rock bottom, as long as lenders are still prepared to give them the cash, buyers will be happy to take it. Affordable monthly payments make borrowing hundreds of thousands of pounds feel manageable.

“However, with inflation hitting 6.2 per cent in February, and set to rise again, we can expect to see more rate hikes in the coming months.”

Coles warns that as higher interest rates feed into the cost of new mortgages, buyers will find their monthly payments more off-putting. With prices rising on all sides, it could be enough to convince far more buyers that now is not the right time to be stretching their budgets so thinly.

She warns that this is likely to be particularly striking among those looking for detached family homes, which have continued to see faster price inflation than any other kind of home. Anyone in the market for a new build is also likely to think twice after what she calls “eye-watering price rises”: the average price of this kind of property is up more than a quarter in a year.

“The lag in house price data, and the fact that in March we’re seeing figures for sales agreed some time between October and December last year, means we won’t see the impact of rising prices and rates take effect for a few months yet” adds Coles.

“We know from other indices that house prices powered ahead in February, and we know from HMRC figures that we saw a flurry of sales completing in February too, so it’s going to appear on the surface that we’re taking rate rises on the chin. It’s not until later in the summer that we’ll see the impact of houses rising further out of people’s reach.”