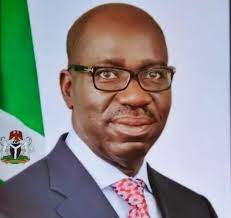 Estate developers in Edo State have hailed Governor Godwin Obaseki for signing into law the bill to repeal the Edo State Private Property Protection Law 2017 and re-enact the Edo State Private Property Protection Law 2021.
The developers described the law which bans the activities of ‘Okhaighele’ in the state as a right step in the right direction.
Speaking on the amended private property protection law 2017, Obaseki noted that “the law affects law and order in the state.
“With this law, we are not only banning the Community Development Associations (CDAs) but also all sorts of splinter groups like Okaighele or people who come up to forcefully take other people’s landed properties in their communities.”
The governor added: “We have been waiting for this law to reconstitute the committee on protection of private property. Now that we have the law, we will be reconstituting this committee within a fortnight, using this law and utilizing more stringent measures to deal with erring individuals or communities trying to dispossess innocent individuals of their landed properties.
“We are setting up a special court to swiftly try offenders and if they are found guilty, they will certainly face the consequences.”
An estate developer in Benin City, Mr. Cyril Omoregie, while applauding the move by Governor Obaseki, said with the new law, the governor has shown that he meant well for the people.
Barrister Godwin Oaikhhena welcomed the new law, which he said would check the illegal activities of Okhaigheles, who have become an embarrassment and a nuisance in the built environment sector in the state.
He said though the Benin custom and tradition recognises some traditional positions in the administration of affairs of communities, curtailing the excesses of some groups’ lies with the government.
A notary public of Nigeria, Barrister Ebosele Okhifo, said the governor has done well, but stressed the need for a workable structure to monitor the situation; otherwise, they will continue to operate with a new name.