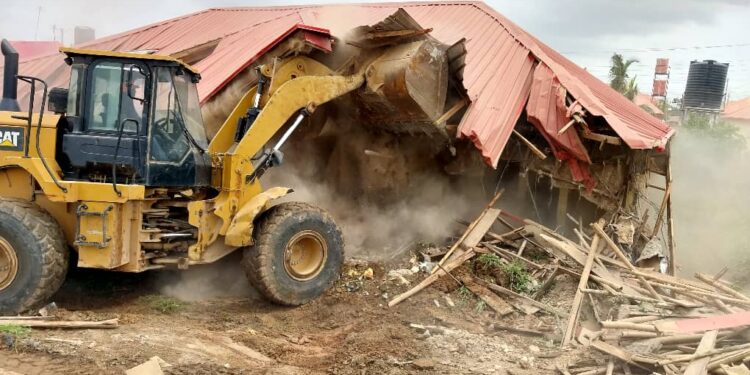 In an effort to restore the Abuja master plan, and avert further loss of lives and property, the Federal Capital Territory Administration (FCTA) on Thursday, demolished over 30 structures built on flood plains in Trademore Estate along airport road, Abuja. The FCT Ministerial Taskforce Team, led by Senior Special Assistant on Monitoring, Inspection and Enforcement to FCT Minister, Comrade Ikharo Attah hinted that over 100 houses were marked but  30 houses would be removed immediately. Attah gave this hint while fielding questions from newsmen during the demolition exercise.He said, “This is ongoing removal of illegal structures on the flood plain at the Trademore Estate along airport road. This estate has been a theatre of flooding very intensive flooding here and we have been engaging them for years. They have come to terms that this area is very dangerous to their lives. The Minister of Federal Capital Territory, Malam Muhammad Musa Bello, directed the removal of all illegal structures on the flood plain.   And that is what the machine behind me is doing. “There has been excessive development on the flood plain in Trademore Estate by some persons and this is very worrisome.  All the houses that are going down were marked and some have been marked about three years ago, some were marked at foundation, window and roofing levels. The final marking was effected about 4 days ago. And we gave them 48 hours and even gave them an additional 24 hours”.”For now 30 houses are going but over 100 were marked but we are still engaging critical stakeholders around there. After removing the first 30 houses, we will engage with them, we will look at how we can use the land solution act to find a solution.”Like what some of them are saying that the Developer of Trademore Estate should be charged to court, they have the locus standing to take him to court. We are very keen on getting the structures out so that water can pass and lives are saved in the city”.

He also reiterated that the administration won’t compensate anyone because there was no building plan, no approval, and no allocation on the flood plain.”We are not going to give any compensation because there was no building approval”, he noted.One of the residents, Sadat Bankole, who has been living in that area for over 10 years, said if the demolition will save and prevent further loss of lives, then she is in support. Her words: “What has been happening here is not palatable.  Flooding has been constant in this area for the last few years. My view is that if people’s lives are involved then demolition should take place so that the place would be free from flooding. “My first experience of flooding here was about 7 years ago and then it stopped but in the last 3 years, there has been constant flooding every time it rains. When the rain starts you cannot come out and you cannot go in, “she said. She blamed the estate developer for their predicament, saying,  “Yes, there is a diversion of the flood plain, I was told where the developer built houses are the roots of the water and the water was diverted.”The person who diverted the flow of water should be asked questions and sanctioned.  The developer must be asked questions, why is the developer walking free. He should be prosecuted. There was a time I had to sleep outside. The bridge was just constructed. Lives were lost and it is a criminal act, he killed people. It is the innocent buyers that are suffering now”. 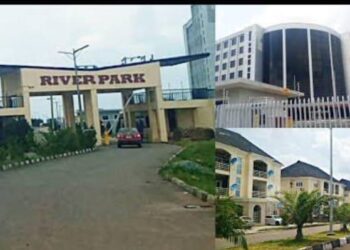 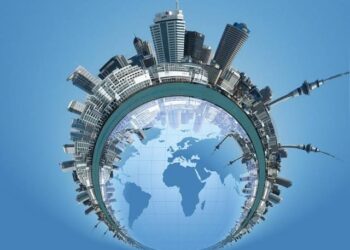 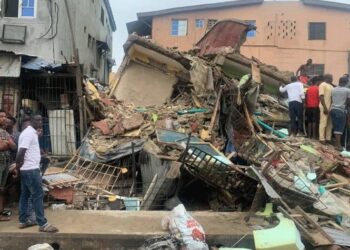