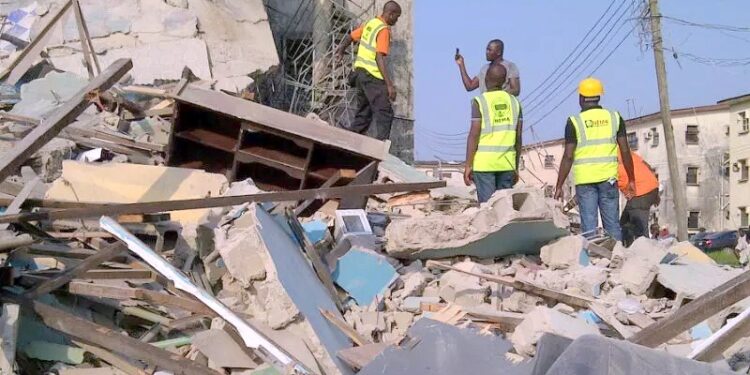 In a major clampdown, The Federal Capital Territory Administration (FCTA) through its Department of Development Control has demolished a mall under construction at Sabon Lugbe and labeled a British Springhall School in Maitama for contravention of land use in a major clampdown.
Murktar Galadima, Director, Department of Development Control told newsmen that the demolition followed instances of land use conversion.

According to him, “The pulling down of structures and marking of others is because of cases of land use conversion, whereby property owners are converting their premises to other use than the designated land use, that is why we have gone round to give them notice to revert within 48 hours”.
Galadima expressed disaffection with developers for altering land use after obtaining the approval without consulting the department.

He explained that some property owners and developers, particularly in choice areas used holiday periods when officials of the development control officials were not at work to build structures against the approved plan, saying that the affected building had been built during the COVID-19 lockdown.

On why some structures were erected in strategic locations without approval, the FCTA chief stated that the owners had only changed the land use, not the structure.

He added “The property owners didn’t change the structure, they only converted to another use than the approved one without our approval, and is against the master plan”

He said the department would ensure that the structures marked particularly the British Springhall School would return to their original use otherwise, it would be sealed.

Some affected places by the revert order include: Kim’s on Plot 17 B and 18 B Colorado Crescent with British Springhall School on No. 35 Danube Street and 2 others, all in Maitama District Area.

FG to launch portal for sale of houses to Nigerians