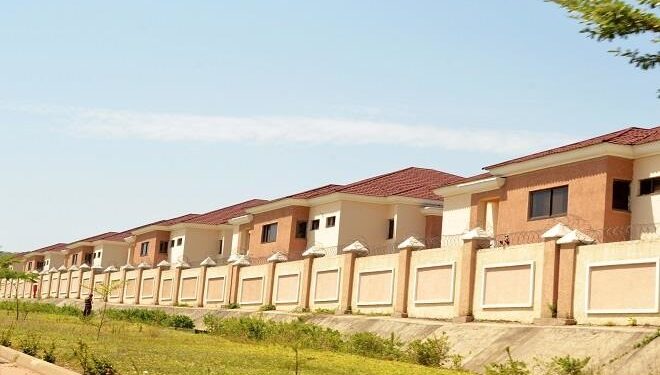 Dr Folasade Yemi-Esan, Head of the Civil Service of the Federation (HCSF), who spoke during the commissioning of the estates in Mararaba and Karshi in Nasarawa State,
expressed delight on the successful delivery of the housing units.

Yemi-Esan revealed that her office has been engaging with chief executives of some relevant Ministries, Departments and Agencies (MDAs) to mobilise support and the buy-in of their institutions for the successful implementation
of the programme.

She added that the institutional heads approached so far, have expressed their interest and commitment to support the FISH programme by addressing the fundamental concerns that have continued to hinder its accelerated
implementation with the aim of providing workers with decent housing.

She lusted such concerns to include the increasing cost of housing, high interest rates on mortgage finance and
poor funding of the Federal Government Staff Housing Loans Board (FGSHLB), which serves as a Primary Mortgage Institution for the FISH Programme.

To address the concern of poor funding of the Board, she said, her Office has open discussion with the Central Bank of Nigeria (CBN) for a revolving special funding intervention.

“A proposal is being
developed in this respect and with the
encouragement received so far from the Apex Bank, we are very hopeful of a positive outcome.

“We are conscious of the fact that adequate funding of the Board which grants mortgage loans at 3% interest rate
to off-takers will automatically address the concern of high interest rate on mortgages,” she added.

Addressing the challenges of high cost of housing construction, Yemi-Esan informed that her office had
approached the Federal Ministry of Works and Housing as well as the Federal Capital Territory Administration (FCTA) for the allocation of land to the FISH Programme

Besides, she emphasised that it was the government’s responsibility, at all levels, to ensure that the welfare of its civil servants and its people, is taken care of.

“And this is why the administration of President.

In his remarks, Mr Ibrahim Mairiga, Executive Secretary, Federal Government Staff Housing Loans Board (FGSHLB), expressed delight at the collaboration of his office with the office of the HCSF.

This he said has yielded positive results in the provisions of houses for civil servants.

Mrs Juliet Obe, who spoke on behalf of the beneficiaries, appreciated President Muhammadu Buhari and the Head of Service for the fulfilment of the housing scheme.

However, she called for the provision of access road as well as improvement of electricity supply for the residents of the Estates.