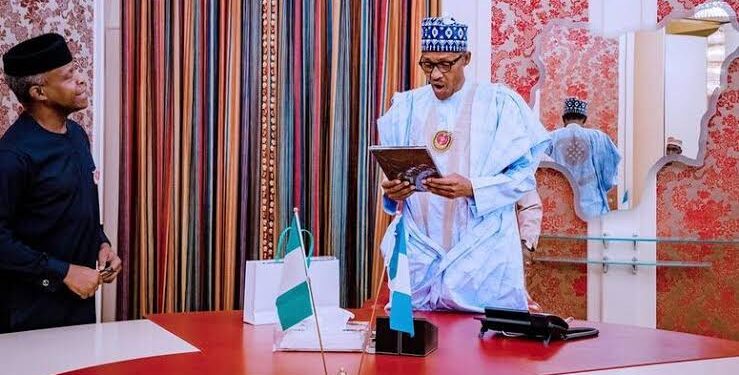 The Federal Government has announced plans to support 1.5 million Nigerians to acquire low-cost houses through mortgage and Rent to Own options.

The scheme is expected to also generate 1.8 million jobs and deliver houses to about 1.5 million Nigerian families.

Vice President, Yemi Osinbajo has disclosed that the Federal Government would continue to collaborate with states to ensure that more Nigerians benefit from the Social Housing scheme.

According to the VP, the focus should be on providing affordable housing for the masses.

He said: “If the Federal Government is going to intervene in housing, most of it should be social housing. Everybody else, including the private sector, can build N9.6 million worth of houses, but nobody else will do social housing.”

“All over the world, when government intervenes, it is social housing; those who cannot afford housing are the ones we must focus attention on. I think that we have enough problems with finding homes for the vast majority of Nigerians who cannot find a home.”

The houses are to be priced around and about N2 million and N4 million each, putting it within the reach of the low-income earners, depending on the number of rooms; there are one, two and three bedrooms options.

He added: “The people who are poorest, who have no houses, are the people we should target because that is what government should do. Let’s focus on this social housing.”

Adewole further said that under the ESP Social Housing programme, Nigerians would be given at least a 15-year period with a monthly payment at 6 per cent interest rate to pay for each housing unit.