FG to toll Lagos-Ibadan expressway, others to repay infrastructure loans 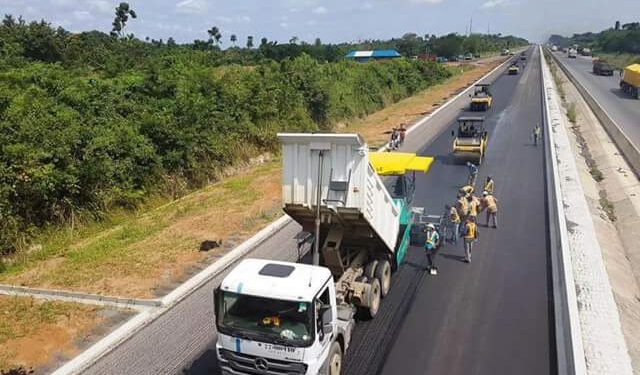 CBN Governor, Godwin Emefiele has disclosed that the federal government will toll the Lagos-Ibadan expressway, Abuja-Kano road, and the second Niger Bridge to repay loans used to fund the project.

According to Emefiele, the three projects are funded by the Infrastructure Corporation of Nigeria (InfraCo).

He  disclosed: “The Federal Government approached us to provide some kind of bridge funding; the bridge funding is almost about N170 billion, and we provided it so that those projects can move on with funding.”

“All of the roads will be tolled. And we know that in many other countries in the world, roads are tolled because those projects are commercially viable,” the CBN governor said.

“They can be refunded with tolls so that maintenance can be done on a regular basis, and people will pay for it and enjoy good roads, and enjoy good facilities because that is the only way we can fund the infrastructure of this country, which is the large amount of money that is needed.”

Emefiele said that N1 trillion of the N15 trillion equity for InfraCo was being contributed by the CBN, African Finance Corporation, and Nigerian Sovereign Investment Authority, adding that the remaining N14 trillion would be accessed from the debt market.

According to him, these are substantially going to be naira funding.

“Before we begin to think about accessing international finance, we would try as much as possible to limit debt for foreign currencies, particularly knowing that some of these projects and revenues are going to be generated with local currency.

“Where foreign currencies are needed, we will also take those and then be able to use them.”

Emefiele said that within the Nigerian financial system, there is a lot of idle capital that can be channeled to InfraCo as it was set up to give comfort to investors, especially the local investors to put their funds in these projects.

What will the 2022 housing market look like? It could ‘come back down to sanity