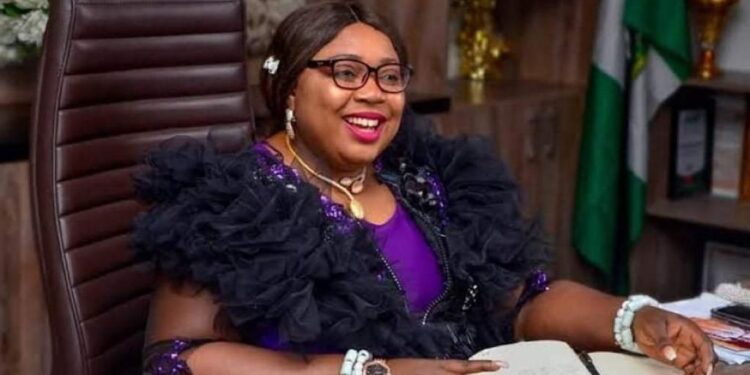 Becky Olubukola, the Chief Executive Officer of BSTAN Homes, has urged the Federal Government to find solutions and resolve the housing gap as well as the exchange rate crisis.

She said this on Friday in Abuja, at a ceremony launching the National House Fair 5.0, for 2021, according to Punch.

She noted that there is a sure linkage between house prices, building materials and exchange rate depreciation, especially when one is considering a high import-dependent economy that Nigeria operates.

She said the rise in the exchange rate had resulted in an increase in the cost of materials, making life difficult, unsustainable, and unaffordable for the average person.

She said, “The effect of our naira to dollar rate right now is hitting hard on the housing sector; it is not a good time for us, as cost of materials have gone up. And because of the passion to provide affordable homes, we are still trying to increase in the Diaspora.”

While underlining the necessity for the government to subsidise housing industry, Olubukola said that Nigeria had the capacity to create the materials required to erect an inexpensive apartment for every citizen.
The BSTAN head, who berated the inadequate mortgage system of the government, stated that the firm has finalized plans to empower Nigerians with 10 plots of land worth N100 million as part of measures to depopulate the urban regions and increase business prospects in the rural areas.

She said the project was part of the organization’s aim to eradicate slums in urban areas, and she cautioned that if Nigeria failed to eliminate slums in cities, residents of the slums would cause issues for city dwellers.

She went on to say that BSTAN would focus on attractive rural locations with infrastructural development and build about 100 affordable dwelling units.

“True leadership empowers those around; suppressing the poor is not leadership, keep them to remain in their state one day they will face you and bite you,” she added.

Olubukola said that the housing sector had a strong capacity to build the nation.

She said, “When you provide shelter for every member of the society, you have provided employment, food, businesses in those environments.

“We are coming up with the metro shelter concept across the 36 states of the country to reduce the migration from the rural area to the urban areas and build a business life, create urbanisation for those in rural environment and many more.”