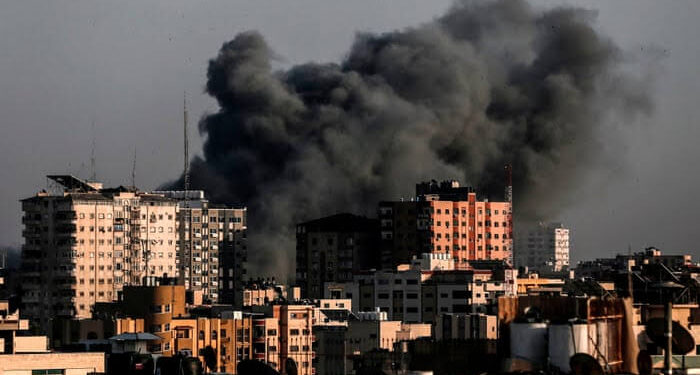 An Israeli airstrike has destroyed a high-rise building in Gaza City that housed offices of The Associated Press, Qatar’s Al-Jazeera, other media outlets, and several residential apartments.

The strike on the high-rise came nearly an hour after the military ordered people to evacuate the 12-story building.

The strike on the building housing media offices came in the afternoon, after the owner received a call from the Israeli military warning that the building would be hit. AP’s staff and others in the building evacuated immediately, and were reported safe.

Al-Jazeera, the news network funded by Qatar’s government, broadcast the airstrikes live as the building collapsed.