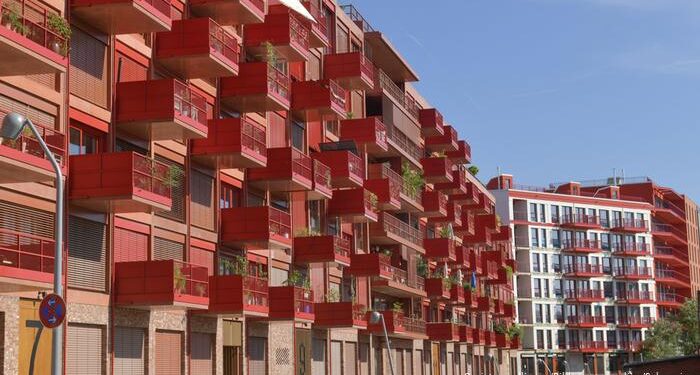 German landlords Vonovia and Deutsche Wohnen have agreed to join forces in a €18 billion merger  making it the biggest takeover in Europe and the biggest-ever in the region’s real estate sector.

This  would combine the country’s two largest residential landlords into an entity that controls more than 500,000 apartments. The transaction would further consolidate the power of large property owners, an issue that has inflamed activists especially in Berlin. According to the landlords, the merger was designed to aid the government on providing affordable housing

In a statement, Fabio De Masi, a parliamentarian who urged the competition authorities to block it said: “The housing market is broken. Supply and demand do not just adjust like on the market for potatoes due to the long construction cycles and the limited availability of land.”

Although the two companies have pledged to limit regular rent increases to 1% per year in Berlin for the next three years, the deal faces criticism in Berlin, where tenant rights and rising rents are a contentious issue.v Analysts say the deal should encounter few competition concerns in a fragmented market.

Under the agreed terms, Vonovia will pay €52 a share and Deutsche Wohnen shareholders will retain the rights to a 1.03 per share dividend, Vonovia said in a statement.

The chief executive of Vonovia, with property in Austrian, German and Swedish cities, cited a need to make apartments more energy efficient and more suitable for the elderly. They have offered to sell around 20,000 apartments to the city of Berlin, the Mayor of Berlin told a news conference.

The deal that sources said was agreed in less than two weeks could create a European real estate giant with 550,000 flats worth €80 billion and a combined market valuation of about €48 billion.

Vonovia CEO Rolf Buch said: “The combination with Deutsche Wohnen now gives us the opportunity to effectively tackle these challenges.”

Vonovia said it had bridge financing of €22 billion for the deal, to be refinanced by measures including an €8 billion rights issue in the second half of 2021, following the transaction’s close.

Deutsche Wohnen CEO Michael Zahn said: “No tenant will be hurt by this transaction.”

Finding a home in Germany’s trendy capital has gotten steadily more difficult over the past two decades as new residents, investors and companies have moved in. Rental prices in many neighborhoods have more than doubled since 2009 as construction has lagged demand.

While Berlin is the epicenter of the issue, rising rents have plagued cities across Germany, and affordable housing has become a feature on campaign platforms.