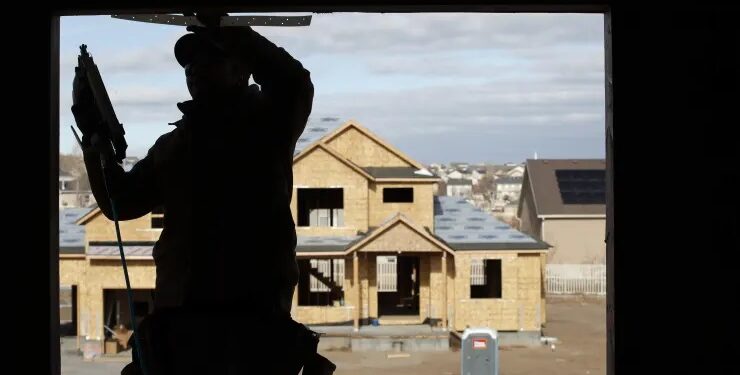 Sentiment among the nation’s homebuilders fell for the sixth straight month to the lowest level since June 2020, when the economy was grappling with shutdowns stemming from the COVID pandemic.
The National Association of Home Builders/Wells Fargo Housing Market Index fell 2 points to 67 in June. Anything above 50 is considered positive. The index hit 90 at the end of 2020, as the pandemic spurred strong demand for larger homes in the suburbs.
Cnbc.com reports that of the index’s three components, buyer traffic fell 5 points to 48, the first time it has fallen into negative territory since June 2020. Current sales conditions fell 1 point to 77, and sales expectations in the next six months fell 2 points to 61.
“Six consecutive monthly declines for the HMI is a clear sign of a slowing housing market in a high-inflation, slow-growth economic environment,” said NAHB Chairman Jerry Konter. “The entry-level market has been particularly affected by declines for housing affordability and builders are adopting a more cautious stance as demand softens with higher mortgage rates.”
The average rate on the 30-year fixed mortgage has risen sharply since the start of the year. In January it was right around 3.25%, and as of Tuesday, it hit 6.28%, according to Mortgage News Daily. Mortgage demand has fallen to less than half of what it was a year ago.
Builders also continue to face supply-side challenges.
“Residential construction material costs are up 19% year-over-year with cost increases for a variety of building inputs, except for lumber, which has experienced recent declines due to a housing slowdown,” wrote Robert Dietz, NAHB’s chief economist.
Regionally, on a three-month moving average, sentiment in the Northeast fell 1 point to 71. In the Midwest, it dropped 6 points to 56. In the South, it fell 2 points to 78, and in the West, it dropped 9 points to 74.