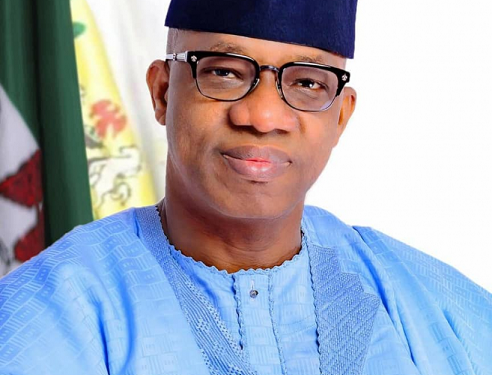 The Ogun State Government has assured applicants who sought for land title documents under the HomeOwners’ Charter scheme of continuity, as more applications are currently being considered under the recently launched Land Administration and Revenue Management System (OLARMS).

This is just as the Bureau planned to generate over N42.807bn in the next fiscal year.

The Special Adviser and Director-General, Bureau of Lands and Survey, Mr. Aina Salami, gave the assurance while defending the Bureau’s budget estimate before the members of the State House of Assembly in Oke-Mosan, Abeokuta.

Salami explained that OLARMS was a digital platform created by the present administration to ease the administrative bottlenecks being encountered by applicants in the process of registering property, obtaining government permits, saying the government has established a single registry for all land-related transactions.

Positing that the government remained continuum, Salami stressed that over 3,000 title documents had been issued to property owners under the Homeowner’s Scheme, while the release of another batch of over 2,000 is underway.

He promised that the OLARMS platform was designed with a user interface to effectively restructure registration, inspection, payment of assessment fees and seamless issuance of Certificate of Occupancy (C of O) for all categories of structures.

Defending the Bureau’s budget proposal for next year, Salami intimated the lawmakers that the Bureau proposed a total expenditure of N955.4m consisting of N425.8m for capital projects, with the remaining N529.6m for recurrent expenditure.

On its over N42bn planned revenue, the Special Adviser said the revenue would be sourced from Certificate of Occupancy/ratification, plot allocation/layout fees and rent on government land, among others.

Responding, the lawmakers in their respective remarks tasked the Bureau to ensure immediate distribution of pending title documents under the homeowners’ charter to applicants within a record time.

In a related development, the State Commissioner for Housing, Jagunmolu Omoniyi presented a total budget size of N3.288bn for the development and actualisation of housing needs of the people in the State.

Giving a breakdown, the Commissioner disclosed that N88.02m would cater for recurrent expenditure and N3.199bn would go for the various capital projects, while N3bn is expected as revenue for the next fiscal year.

The lawmakers also considered the budget proposals of the Ministries of Community Development and Cooperatives, Physical Planning and Urban Development and the State Housing Corporation, among others.