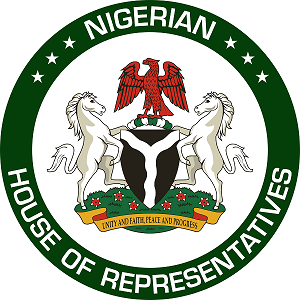 The House of Representatives has called on the federal government to suspend the proposed 2021 population and housing census until security of the country is stabilised . Chairman of the National Population Commission (NPC) has been summoned to clarify the feasibility of concluding census in the face of insecurity.

The decision follows the adoption of a motion moved by Hon. Sheu Beji at plenary on Wednesday. Beji had disclosed that the federal government through the National Population Commission has commenced preparations for the 2021 population and housing census across the country. He pointed out that the state of insecurity in Nigeria has displaced numerous citizens who are duelers of the various communities to be captured in the exercise.

According to the lawmaker some displaced persons have crossed over to neighboring countries for refuge and cannot be captured if the census is to be conducted. He noted that with the overwhelming security challenges at hand, expecting accuracy in any census now that a large chunk of Nigerians have fled their homes, while many others are being held captive by kidnappers, adding that conducting such a census without them means infringing on their constitutional right.

Beji stressed that posting enumerators or ad hoc staff to volatile areas of the nation in the name of conducting census is irrational, as it would be like giving them out to criminals.

He was of the view that conducting population and housing census in the current economic recession would only waste the hard earned resources of the country as the outcome would be inconsequential.

“The precarious situation that has befallen our nation apparently informs the need to set priorities in governance. Thus, our priority should be tilted towards a lasting solution to the killings, kidnapping and other criminal activities tormenting the nation.”

The lawmaker recalled that past census concluded had yielded controversial statistics for the nation as a result of partial coverage of the actual population of the country which must not be allowed to perpetuate.

He added that the Green Chamber had in the same vein called on the president to declare a state of emergency on security to avert a possible impending calamity.

Beji said it was high time the country changed the narrative of data cooking of the national population as it threatened the accuracy of the country’s national budgets.

He said with the Nigerian presidential election envisaged to commence and end within the first quota of 2023, the whole of the preceding year (2022) would mostly be about campaigns, which has no room for census activities.

The lawmaker emphasised that the overlapping effect of active political activities and the national head count shall be prone to political manipulation by over ambitious politicians.