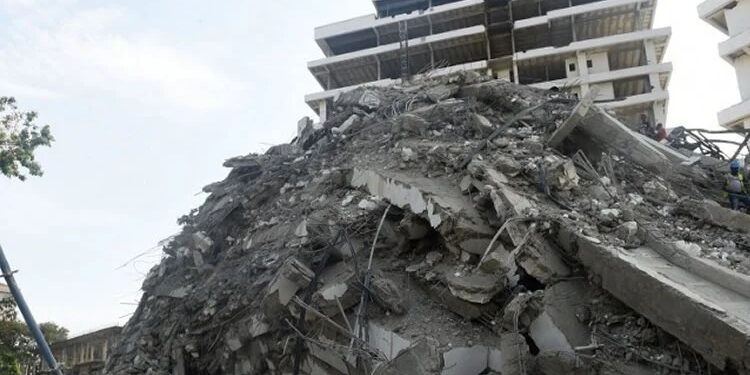 The Nigerian Institute of Structural Engineers has stated that lack of quality control, quality assurance, and structural inadequacy may have led to the recent collapse of the 21-storey building in Ikoyi.

The institute added that there was a surge in the request for structural integrity appraisal by property owners and occupiers following the collapse.

The President, FNIStructE, Dr Kehinde Osifala, stated the summary of the findings of the preliminary investigation during a press briefing on Monday.

Osifala said, “There are clear indications of several design brief changes on the project and the engineering and management of these changes appear to have been seriously inadequate.

“The building that collapsed was initially designed for six floors, later twelve floors and further 15 floors. It could not yet be established the adequacy of any properly designed and documented further revision to the eventual 21 floors that was implemented and which collapsed.

“There are also indications that more than two structural engineering design firms worked on the project at different times.

“The preliminary investigation also revealed some evidence of structural inadequacy in the construction and that signs of some structural distress had already started to show within certain elements of the building.”

He added, “You can’t test a column or a beam and say you have carried out an integrity test; that is arrant nonsense. You need integrity appraisal of the building. It can only be done by a professional. You need to get the right professionals to do the right thing and build the right ways. Do not assume it is a small project.

‘Govt must include forensic expert on Ikoyi building panel’
Odili’s home raid: Disowning suspect doesn’t exonerate AGF yet, says NBA investigator
Ikoyi building: APBN urges govt to strengthen regulation, monitoring
“Insurance companies are expected to insist that professionals are on the job. The government would not accept you to have a building without insurance.

“We need to educate government agencies, approving authorities and engineers and those in the built industry about the need for professionals so that you can identify what is wrong with your site.

“It is when the workers are knowledgeable enough to see the signs we are talking about, that they can alert us to what is wrong.”

According to The Punch, Osifala added that the findings were not to jeopardise the outcomes of the more detailed investigations being organised by various professional and regulatory bodies.

He said the outcome of the preliminary investigation would give a general indication of what likely led to the incident.