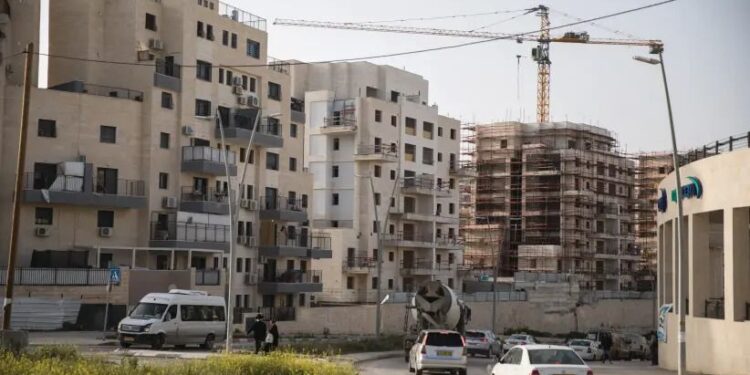 A study has rated Israel as the second-most expensive country to buy property in the world, new research has revealed.
The study examined average prices per square meter in addition to the average disposable household income in each country.
The study conducted by Compare the Market examined average property prices per square meter in addition to the average disposable household income in each country, to calculate the cost per square meter as a percentage of annual income.
jpost.com reports that Israel came in second place as the least affordable country in which to buy property, behind only South Korea, which took the No. 1 spot. Luxembourg came third.
Although Israel has a relatively low property price of $7,600 per square meter, it has an average disposable income of $24,863, meaning the affordability ratio came out to 30.6%.
“Trying to buy a property right now is harder than it’s ever been, largely thanks to the pandemic in particular,” said Stephen Zeller, general manager of Home and Contents Insurance at Compare the Market. “While property prices, costs of living and property shortages are reaching new highs, wages and disposable incomes have struggled to keep up, which means that for some, the property buying process may at times feel impossible.
“However, annual incomes and property prices vary a lot from one country to the next, and so it is not bad news for everyone, especially for the countries that rank in the topmost affordable places to buy property.”
In Israel, it is not only housing prices that are skyrocketing but also the general cost of living. Late last year, The Economist named Tel Aviv as the world’s most expensive city for everything from shopping to cappuccinos.