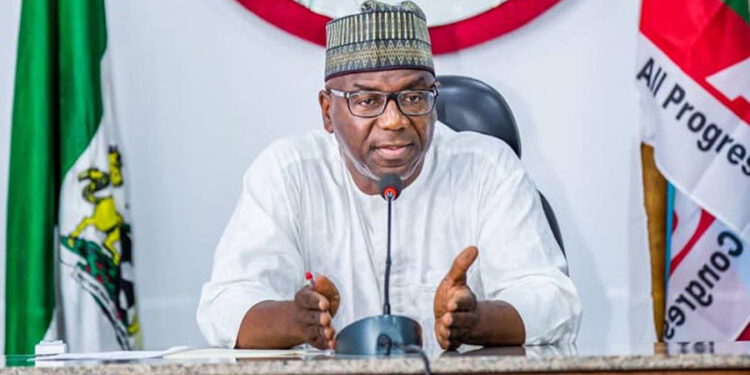 Mallam Abdulmutallab Shittu, Executive Chairman of the Kwara State Geographical Information System (Kw-GIS) has announced that all is now to unveil the new and second Ilorin City, Master Plan.

Making the pronouncement on Friday to newsmen in Ilorin, the Kw-GIS boss said that the new city Master plan is in fulfilment of the campaign promise made by the Governor Abdulrahman Abdulrazaq.

He said putting the plan into motion took a meticulous and rigorous process and they were guided by Africa’s number one city planner, Dar Alhandasah.
The agency will be putting before the public a draft of the said master plan next Wednesday, it was learnt.
“This is an exciting development for both the people and the Government of Kwara State.
The new master plan looks ahead to reposition the city for the next 20 years with deliberate coverage of trade and investment, healthcare, agriculture, transportation, housing, tourism, education, and infrastructure among other sectors.

It sufficiently outlines the challenges and prospects, including action plans for sustainable development of the state,” Abdulmutallab said.
The master plan would be, historically the second since the creation of Kwara State.
The first was designed in 1976 and expired 21 years ago.
According to Kw-GIS, the plan was long overdue to address the issues of a growing population in Ilorin, plans for road expansion, wastage disposal/management and other aspects that make safe and decent human living possible.
To design it according to reality and global standards, the state government appointed the services of Dar Al-Handasah consultant ltd in February 2021. The firm swung into action immediately in data collection and stakeholders engagement, population estimates and projections, urban and rural conditions, institutional framework and social infrastructure as well as economic baseline and emerging prospects for the capital city.

“It is inclusive and encompassing. The master plan will be handy for development partners, and local and foreign investors, putting Kwara as the go-to place in North Central for investments and partnerships,” he added.