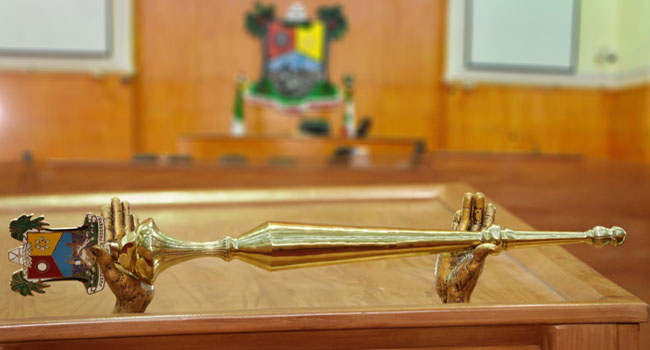 The Lagos State House of Assembly on Monday called on Governor Babajide Sanwo-Olu to compensate the families of the victims that died in the 21-storey building that collapsed in Ikoyi last Monday.

The House also called on the Governor to direct the relevant agencies to ensure that all requirements for buildings as stipulated in extant laws of the state are strictly adhered to.

These were part of the resolutions made after a motion was moved by Hon. Nureni Akinsanya representing Mushin 1 Constituency, expressed worry over the incessant collapse of buildings in the state.

Nureni, while moving the motion, expressed worry over the wide speculations that the building was raised to 21 floors contrary to the 15 floors approved by the Lagos State Physical Planning Permit Authority (LASPPPA) for the owner.

“The House is disturbed about the constant collapse of buildings in the state and how agencies set up to inspect building works, give certification at various stages of construction and keep records for ease of reference, and realise that these frequent cases of building collapse can be attributed to unqualified or unskilled builders, use of sub-standard building materials, illegal conversion or alterations to existing structures and lack of maintenance to mention a few,” he said.

He further noted the recent collapse of 360 Degrees Towers, a 21-storey high rise block of luxury flats with 63 apartments-unit under construction at Gerard Road, Ikoyi on Monday.

Speaker of the House, Rt. Hon. Mudashiru Obasa, while contributing to the motion, said it was an unfortunate development given the loss of lives and economic woes, adding that it was a disastrous incident.

“We should exercise patience before passing comments until the findings of the committees looking into it unravel the cause.

“The agencies saddled with the responsibility have not done well. We ought to act as a House to oversee the situation.

“The status of the investors should be checked, and we should sympathise with the families of those that lost their lives.

“The government should compensate their families. If the agencies had done the needful we would not have this sad occurrence,” Obasa said.

In his submission, Hon. Rotimi Olowo (Shomolu 1), implored others to support the motion, noting that it was well couched.

Hon. Oluyinka Ogundimu (Agege 2) said that the motion was all-encompassing as the second part of it has given the committee the power to go into details all in the interest of the public.

The House, as part of its resolution, also mandated its Committee on Physical Planning and Urban Development, to invite the Commissioner for Physical Planning and Urban Development as well as other agencies saddled with the responsibilities of issuing an approval, monitoring of construction and project development to ascertain the level of compliance with the extant laws and regulations relating to buildings in the state.

The lawmakers also observed a minute silence for the repose of the souls of those who died in the unfortunate incident.