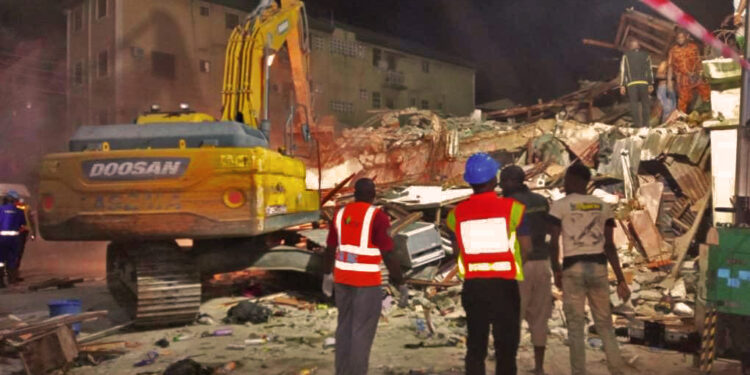 The son of the landlord in whose care the collapsed three-storey building in Ebute Metta, Lagos State was entrusted, has said he gave occupants of the building quit notice when he discovered the visible stress on it.

The old three-Storey building collapsed at 24, Ibadan Street, off Herbert Macaulay Way on Sunday at about 10:56pm.

The caretaker, who spoke on condition of anonymity, revealed this to emergency responders and newsmen on Monday.

He said he was living in the building with other occupants when he noticed signs of distress.

“I had to leave the building and rented an apartment in the same vicinity,” the caretaker said.

He said that quit notice was eventually handed over to the occupants, which they failed to adhere to.

The caretaker said that he had not collected rental fees from the tenants for a long time since he had expected them to pack out.

Farinloye spoke with the News Agency of Nigeria in Lagos.

The eight dead persons were five males and three females..