The Lagos State Government demolished some buildings in the Banana Island and Ikoyi areas for not complying with the building laws and regulations and without due recourse to the state’s approval. 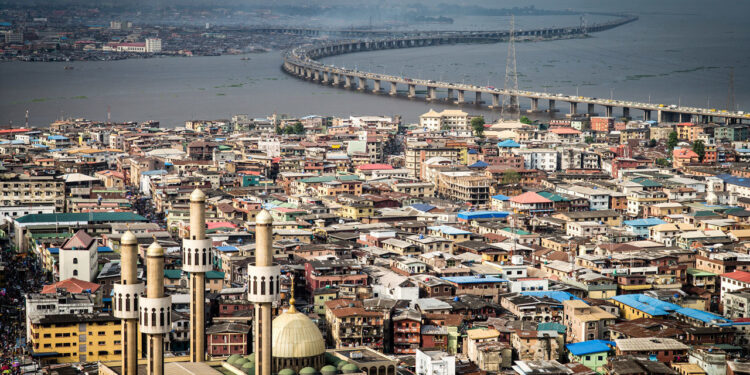 The Lagos State Government has announced the commencement of today the re-channelization and re-alignment of Banana Island shoreline with the dredging and reopening of the illegally reclaimed portion of the Banana Island in Lagos State.

Honorable Commissioner for Waterfront Infrastructure Development, Arc. Kabiru Ahmed Abdullahi, speaking during inspection of the reopening of the Creek stated that there is an urgent need to nip the land extension work in the bud, emphasizing that it has narrowed the Creek and brought about distortion in the aesthetics of the shoreline as well as a high possibility of environmental degradation.

The Commissioner added that perpetrators of the illegal reclamation into the Lagoon violate the Physical Planning laws of the State, adding that they had been served with ‘Stop Work’ orders but persisted in the reclamation and construction.

Abdullahi declared that the demolition, as well as dredging and channelization works on the illegally reclaimed lands, will continue at Banana Island and other shoreline areas of Lagos in order to restore sanity; further noting that the State Government will not fold its arms and watch the degradation of its environment and attendant risk to life and property of the citizenry,

The Lagos State Government on Monday demolished some buildings in the Banana Island and Ikoyi areas for not complying with the building laws and regulations and without due recourse to the state’s approval.

Dr Idris Salako, Commissioner for Physical Planning and Urban Development explained, that despite a stop-work notice that had been served by the Lagos State Building Control Agency to the owners of the structures, construction continued.

“The governor was here with the strong instruction that land reclaimed beyond what was approved should be demolished. We would continue to monitor to ensure that building laws and regulations are complied with and it should even be voluntary compliance. The gradual takeover of the waterways is a problem. In our master plan, the regional highway ought to pass through a route but there is gradual encroachment on the way. In terms of climate change, gradual reduction in the capacity of the lagoon to flow freely and the consequence the state would be made to grapple with in the future,” Salako stated.

He further explained that the buildings demolished were peculiar cases because the owners and developers could not provide the approval and clearance to reclaim the land from the state Land Bureau and Ministry of Waterfront.