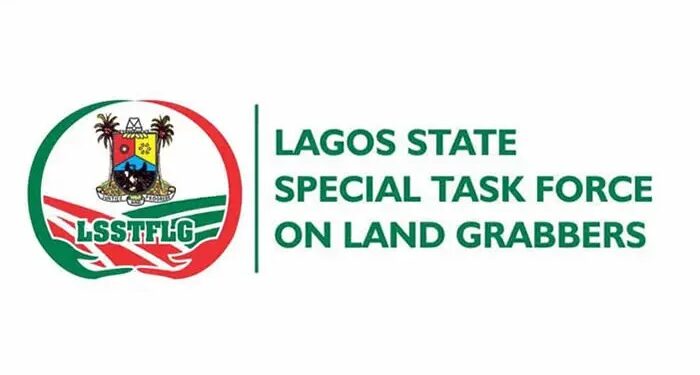 In furtherance of the State’s resolve to rid the Metropolis of land grabbers and criminal elements with intent to grab properties belonging to unsuspecting individuals to acquire; the Lagos State Taskforce has arrested suspected land grabber in the Ikeja axis of the state.

The Agency in a statement released on Friday stated that it has apprehended one Mr. Isaac, who occupies an expanse of land at Oluwasimi Estate, Kane Village, Maryland, after series of petitions were submitted by the complainant Lt. Commander Asasi Adebambo to the Chairman of the Lagos State Taskforce, CSP Shola Jejeloye over the alleged encroachment by Mr Isaac on a piece of land belonging to him.

The Chairman in a swift response to the petition, mobilized his men and officers to the said location where the suspect was invited and brought in for questioning. According to the suspect who claims to have bought the property from one Mr Urobo, he said that he would contest the legitimacy of his ownership of the property when the Agency charges him to Court.

The Chairman further stated that: “cases like this have become rampant in the State and that is why our sister Agency, Lagos State Taskforce on Land Grabbing has continually partnered with them to nip this problem in the bud.
“The era of Land Grabbers having their way was over” as he would ensure that all land grabbers in the State are arrested and charged to court.

“We won’t condone any illegality or forceful occupation of Land any longer. Anybody found wanting in this regard will be prosecuted accordingly” Jejeloye stated.

CSP Jejeloye has further urged Lagosians to report any suspicious or foul movement of illegal occupants of Lands to the Agency in order to bring the nefarious practice of greed and criminality to a halt. He encouraged the citizenry to be bold and present matters of land grabbing to the proper authorities in order not to lose their hard earned property.