Lagos will be a Smart City by 2030 – Governor Sanwo-Olu 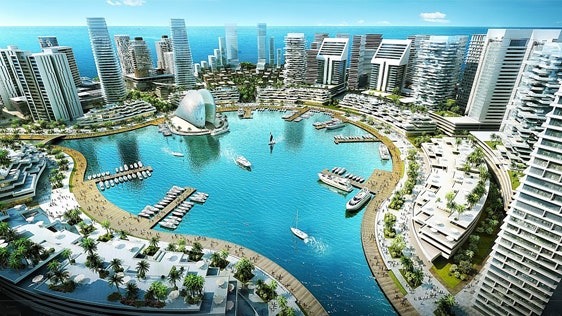 Lagos State Governor, Babajide Sanwo-Olu, has reaffirmed his vision is to focus on healthcare infrastructure, tourism, technology, education and to fuel technology-driven innovations that  will help transform Lagos into a 21st-century digital economy and smart city.

Sanwo-Olu in a tweet announced: “By 2030, Lagos will be a smart city, fully covered by a network of several thousands of kilometres of fibre optics infrastructure that will carry broadband internet into our homes, offices and schools and unleash a technology revolution that has never before been seen in this part of the world.”

”The smart city that is unfolding will also be home to a network of intelligent cameras that will support not only security and policing across the state, but also traffic management and data collection for urban planning. As you all know, land is not a resource we are generously endowed with in Lagos – we are the smallest state in Nigeria by landmass, with by far the largest population.”

The world currently has about 100 smart cities, including Hong Kong, Toronto, Singapore, Dubai, Oslo, Copenhagen, Boston, Amsterdam; London was once again declared the smartest city in the world, according to the seventh edition of the IESE Cities in Motion Index 2020. New York took the second spot, followed by Paris. Governor Sanwo-Olu continued: “Yet, this should not be an excuse for us to shy away from exploiting the agriculture value chain to the fullest, with a focus on non-land-intensive aspects like processing and value addition. By 2030, Lagos will be home to one of the largest rice mills in the world, in Imota. We can still aspire, even with our geographical limitations, to feed ourselves and the rest of the country, through the innovative use of technology and a focus on processing and industry.”

Speaking at the ‘Ehingbeti’- Lagos Economic Summit, he lamented that the COVID-19 pandemic and the various disruptions it had caused to economic activities in the state.

“Now, the pandemic has come to accelerate the disruption. Our growing youth population are disillusioned, their future and prospects for jobs are in question. We must all be distressed by the state of affairs. Living as people with no hope of inspiration should never be an option for young people,” he stated.