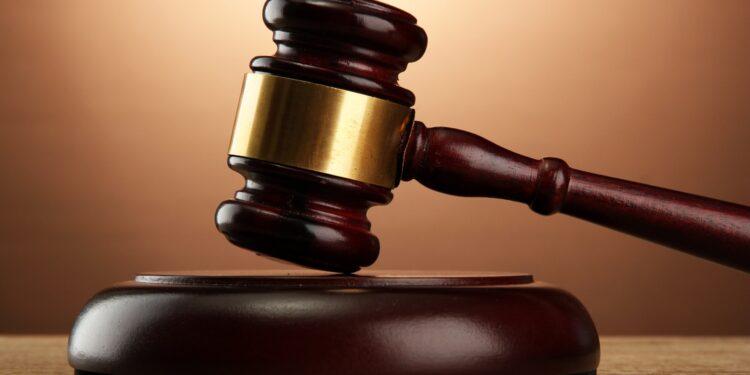 An Ondo State High Court sitting in Akure, on Tuesday, declared the Olowe family as rightful owners of over 300 hectares of land in Ajegunle and Ilu Abo 2 in Akure North Local Government Area of the state.

Justice A. O. Adebusoye, the presiding judge, while handing down his verdict said the claimants, representatives of Olowe family were able to tender before the court all necessary evidences to prove the land belonged to the family.

The judge said the respondents, the Ondo State government, Ondo State Ministry of Land and Housing and Office of the state Attorney General could not convince the court that it owned the ress.

Justice Adebusoye therefore declared that the respondents’ claim was illegal, unconstitutional, null and void, thereby condemning the destruction of farms on the land by representatives of the state government in the ministry.

The judge, therefore, ruled that a sum of N500,000 be paid by the state government to the claimants as damages as well as N50,000 as cost of legal proceedings.

Justice Adebusoye said: “The claimants have proved their case as backed by laws and they are entitled to judgement. The judgement is hereby declared in favour of the claimants and against the defendants.

“The land approximately 313.93 hectares on Akure/Owo at Ajegunle and Ilu Abo 2 on Akure/Owo Expressway belong to the claimants.

“Any purported claim by acquisition by the defendants or their agents without serving any notice and paying compensation to the claimants’ family is declared illegal, unconstitutional and null and void.

” N500,000 is awarded as damages to the claimants  for the unlawful invasion and unauthorized entry to the  claimants family land by the defendants.”

The attorney to the claimants, Barrister Wale Omotoso(SAN) told journalists after the judgement that the defendants had been laying claim to the land through acquisition, adding that they couldn’t provide evidence to that effect.

He said: “I am representing Ajegunle and Ilu Abo 2 in respect of their land which the state government had been claiming. It was not under acquisition and we challenged it.

“Our prayers are that they should declare Ajegunle and Ilu Abo 2 as owners of the parcel of land which their ancestors had long owned without any challenge from anybody until recently which people claimed to be officials of the state Ministry of Land and Housing were laying claim to the annoyance of the people.

“There was no acquisition. Even in their defence, they never mentioned any reasonable defence. They only had three paragraphs in such a matter that is very serious. In fact, the court is so lenient with them.”