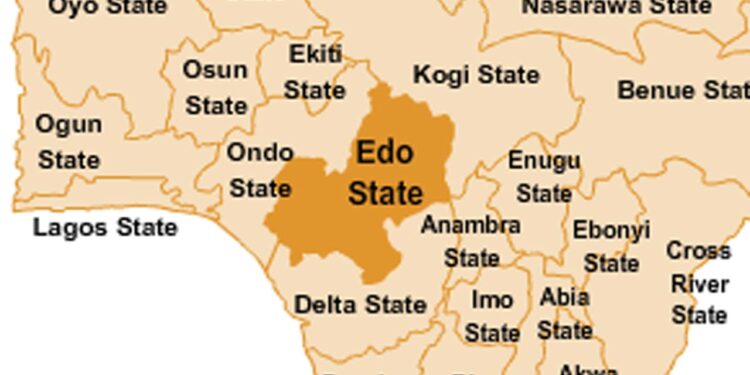 Residents of Obayantor community along the Benin-Sapele road on Tuesday deserted their homes following the death of two soldiers and seven civilians over land tussle.

One of the youth leaders of the community told newsmen in Benin that he counted nine lifeless bodies, including that of two soldiers and seven civilians at the community centre, adding that the entire community has been deserted since last Saturday.

He said, “Our community is currently under siege over land disputes as two soldiers and nine civilians have been killed as a result of the situation.

“Right now, more than two hundred soldiers have taken over our communities.

“More than a hundred people have escaped from the clash with bullet wounds with other communities in the neighbourhood abandoning their homes.

Those involved in the current clash are not immediately known as the Obayantor community has been notorious for violent clashes over who superintendent over sales of lands.

When contacted, the Edo state Police Public Relations Officer, Bello Kontongs said, it was a military operation and as such, the police don’t have any information on that but once we have it, you will be notified immediately.

The Brigade’s Public Relations Officer, Capt. Yemi Sokoya said that against some reports making the rounds, soldiers were not in the community because of reprisal, adding that the personnel of the brigade were guided by rules of engagement and code of conduct for internal security.

He further explained that the brigade got a report from the DSS about hoodlums disturbing the community, and of weapons being stocked up which “we found out that it was true, and as soon as we got there, some of the hoodlums engaged the troop.

“However, even if there was a communal issue before now, with what is happening in the country today, if you are a commander and you are told people are stockpiling weapons somewhere, you will go there and ensure that those weapons are seized, confiscated and those involved arrested.

“I think that is the right thing to do and that is exactly what the commander did.

“The issue of communal crisis is not part of why we went there. It was basically on the hint report that hoodlums in that community are stockpiling weapons and terrorising the community.

He disclosed that in the course of the operations, some weapons which included two AK-47 rifles, three English pump Action guns, one double barrel, 32 cartridges, five mobile phones and an ID card belonging to the state vigilante were recovered by the soldiers.