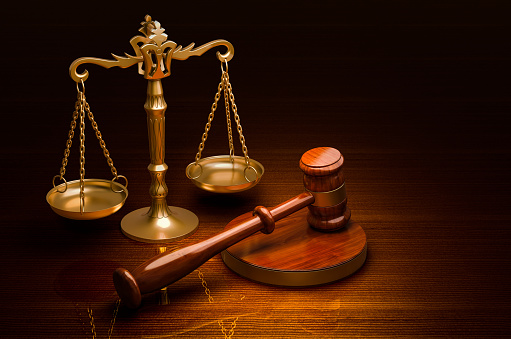 Scales of Justice and Wooden Gavel on the desk, 3D rendering

The Claimant in his claim stated that his grandfather, Mr. Ayodele Diyan (Deceased) was granted a 99 years lease over the subject land by the Military Governor of Western Nigeria commencing on 22nd February 1968 under a Building Lease and upon Mr. Ayodele Diyan’s death in 1968, the Defendant encroached on the properties.

The Defence of the Lagos State Government is that the houses (Duplexes) serving as Staff Quarters belong to it having built them.

The State contended that the Claimant’s case is statute-barred having commenced on the 6th of September, 2012 more than 12 years after the cause of action arose.

Consequently, upon evaluation of the evidence adduced by both parties in Court, Hon. Justice Y. G Oshoala agreed with the State Government that the Claimant’s action is statute-barred having commenced more than 12 years after the cause of action arose thereby dismissing the Claimant’s case.