Millions to benefit from FG’s Community and Social Development Project 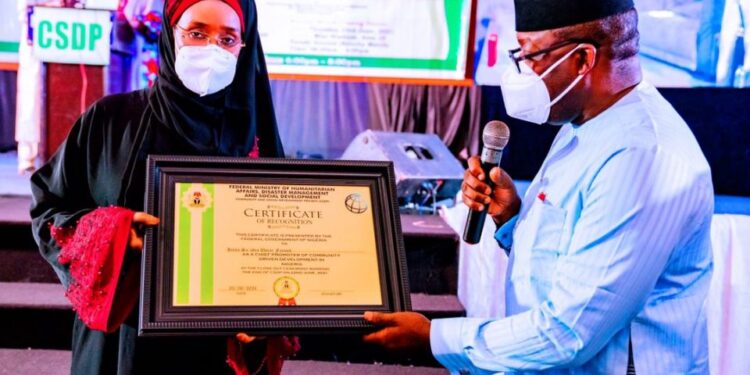 According to the Humanitarian Affairs Minister, Sadiya Umar Farouq, the World Bank-assisted Project  had completed 16,166 micro-projects in 5,664 communities across the country.

The minister said: “This is a development paradigm that focuses on the needs of the poor and vulnerable and empowering them with development resources to address their peculiar needs. Using this unique approach, the CSDP has implemented micro projects in poor communities across the 543 Local Government Areas of 29 states and the Federal Capital Territory. The poor communities are identified specifically through the use of Poverty Maps agreed to by each participating State and FCT.”

“The Project has made substantial impact on improving access of the poor and vulnerable to social and natural resources infrastructure across the benefitting communities,” she added.

The Minister disclosed that during its 11-year span, the CSDP successfully completed 16,166 micro-projects in 5,664 communities and among 934 vulnerable groups. These micro-projects cut across eight sectors of intervention namely education, health, water, transportation, electrification, socio-economic concerns, environment, and community housing. In addition, 5,764 classrooms, 1,323 health centres, and 4,442 water micro-projects were constructed and/or rehabilitated.